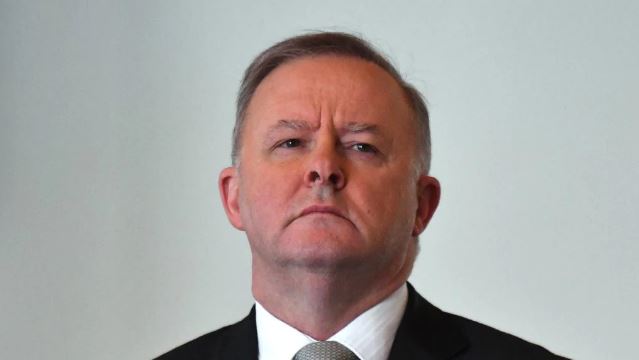 Kim Carr’s Nazi slur has led to a split in Labor ranks on how to handle China, with some senior figures – including former leader Bill Shorten – opposing Anthony Albanese.

Labor is bitterly divided on China, with calls from senior party figures for Australia to stand up to Beijing’s aggression at odds with Anthony Albanese’s plea for a “mature” approach.

Former leader Bill Shorten was one of several MPs to back calls from Australian Workers Union national secretary Daniel Walton urging the federal government to “hold its nerve” in defence of Australia’s sovereignty amid increasing trade tensions with China.

But Mr Albanese refused to endorse Mr Walton’s anti-China comments in a letter to Prime Minister Scott Morrison, dismissing them as “nothing new”.

“That letter could have been written by any AWU secretary since 1891,” Mr Albanese said.

Mr Morrison said it was “very disappointing” Mr Carr had felt it appropriate to liken government MPs who called for oversight of foreign scientists embedded in Australian labs to “far-right politicians in Europe in the 1930s”.

Read the article by Clare Armstrong in The Daily Telegraph.