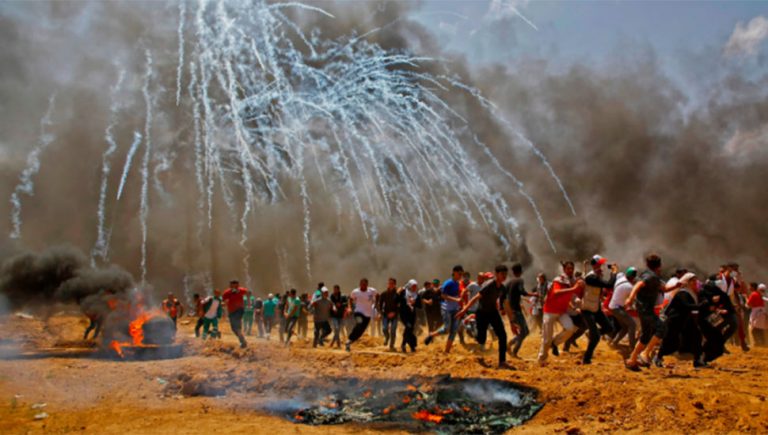 Brian Eno, Massive Attack, Roger Waters and more call for an end on Israel’s siege on Gaza amid coronavirus

Over 200 musicians, actors, filmmakers, authors and entertainers have joined forces, calling for an end to Israel’s siege of the Gaza Strip amid the coronavirus pandemic.

The letter calls for international pressure in the form of a military embargo against Israel amid the pandemic. Gaza reported its first cases of coronavirus back in March. The outbreak acted as a catalyst for Palestinian, Israeli and international human rights organisation to pleas for a lifting of the siege so that Gaza is able to address its severe shortages of medical equipment.

“International pressure is urgently needed to make life in Gaza liveable and dignified,” the letter declares. “Israel’s siege must be ended. And most urgently, a potentially devastating outbreak must be prevented.”

The letter marks two years since sixty Palestinian protestors in Gaza were murdered.

“What happens in Gaza is a test for the conscience of humanity. We back Amnesty International’s call on all world governments to impose a military embargo on Israel until it fully complies with its obligations under international law.

“We recognise that the rights guaranteed to refugees by the Universal Declaration of Human Rights must be upheld for Palestinians as well.