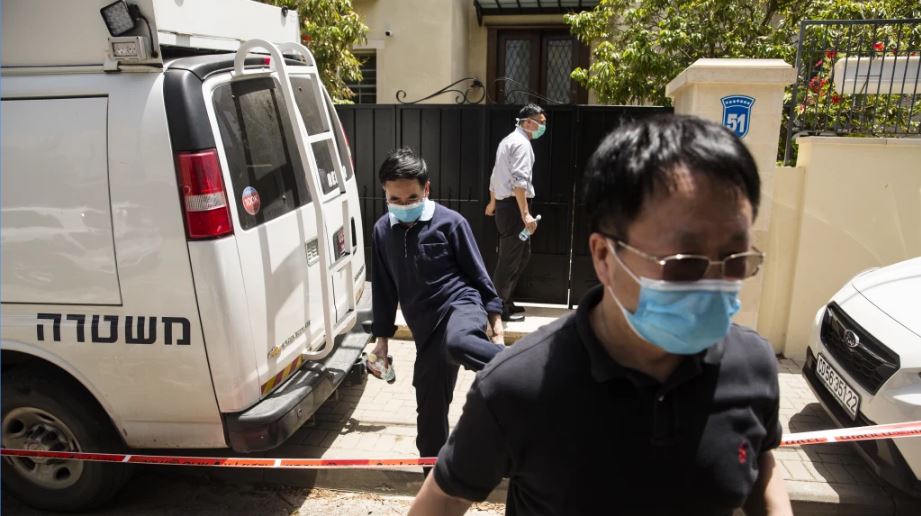 Chinese ambassador is found dead at home in Israel

Jerusalem: China’s ambassador to Israel, who took up his post in February, was found dead at his home on Sunday morning in a coastal suburb north of Tel Aviv, officials said.

The ambassador, Du Wei, was found in his bed in Herzliya by an embassy worker, officials said.

Israeli police found no reason to suspect foul play in the death of Du, 57, officials said, and in preliminary findings, the Chinese government attributed his death to unspecified health problems.

Investigators — including Chen Kugel, the head of Israel’s National Centre of Forensic Medicine — declined to comment as they left the ambassador’s residence. Du’s wife and son were not in Israel at the time, according to Israel’s Ministry of Foreign Affairs.

Du arrived in Israel on February 15 and quarantined for two weeks because of the coronavirus pandemic before meeting officials of the Israeli Ministry of Foreign Affairs on March 3.

He sent his credentials to President Reuven Rivlin on March 23 rather than formally presenting them himself because of restrictions on face-to-face meetings, officials said.

Du had served in China’s Ministry of Foreign Affairs for more than 30 years, according to a biography on the Chinese Embassy’s website. His first ambassadorship was to Ukraine, from 2016 to 2019.

Read the article by David M. Halbfinger and Adam Rasgon in The Age (from The New York Times).