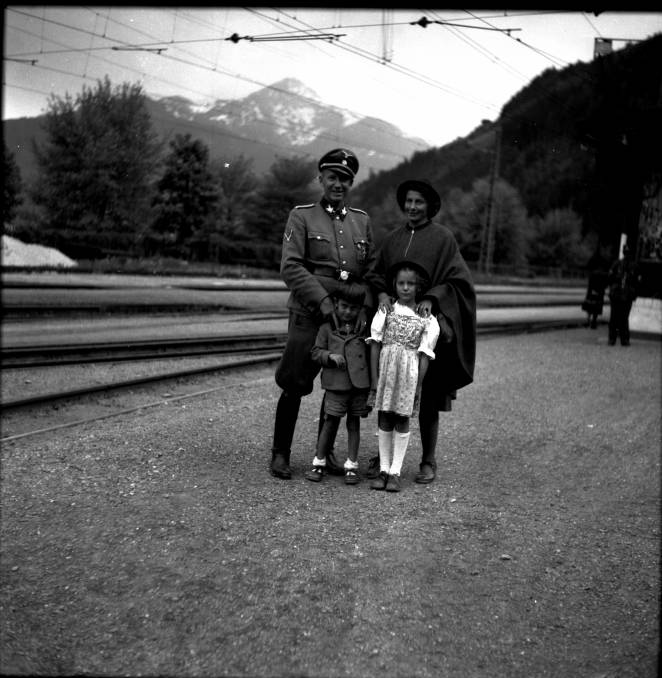 In 2010, English human rights lawyer, academic and author of East West Street, Philippe Sands, travelled to Lviv, Ukraine, to lecture on “crimes against humanity” and to search for the home of his grandfather, Leon Buchholz.

Buchholz had lost all but one of his extended family when they were murdered in 1943 along with the 3500 other Jewish people in the nearby woods on a single spring day on the orders of Hans Frank, the Governor General of German-occupied Poland. Their deaths had been overseen by one of Frank’s deputies, Otto von Wachter, then Nazi governor of District of Galicia.

In Lviv, or Lemberg as his grandfather knew it, Sands came into the orbit of Hans Frank’s son, Niklas, with whom he discussed their unimaginably bleak connection and Niklas’ book, about the burden shouldered by the son of a mass murderer. The meeting produced an unlikely friendship, and a web of connections.

Hans Frank was responsible for the deaths of 4 million Jews, for which he was convicted and hanged at Nuremberg. He was unloved and reviled by his son who, as an adult, believed capital punishment to be abhorrent, with the exception of his father’s case.

Niklas Frank brokered a difficult peace with his father, he told Sands, because he acknowledged his father’s crimes but he knew that Horst von Wachter – son of Otto, promoted by Hitler to SS-Gruppenfuhrer in 1944, one rank below the Reichsfuhrer, and responsible for the deaths of hundreds of thousands of Jews and Poles – had not. Did Sands care to meet him?

Read the review by Catherine Ford of The Ratline: Love, Lies and Justice on the Trail of a Nazi Fugitive (Philippe Sands) in The Sydney Morning Herald and the Brisbane Times.