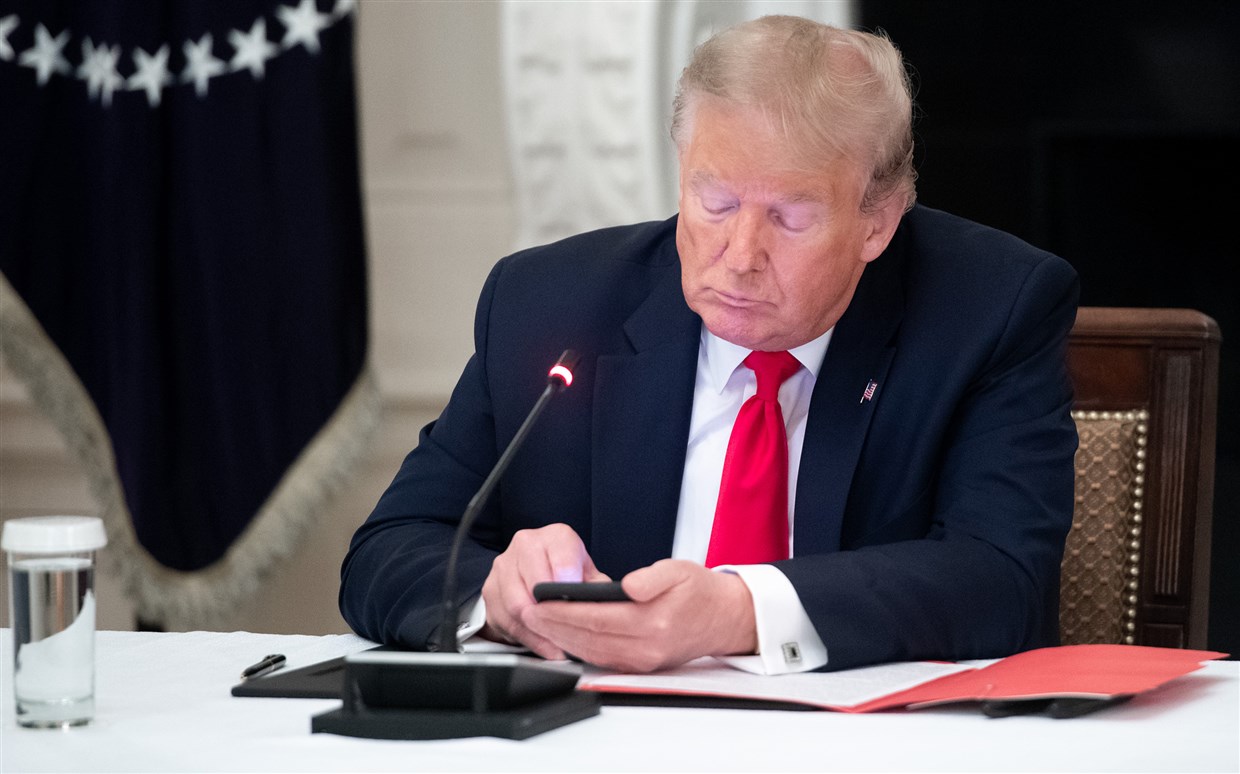 Washington: Facebook and Twitter have removed a video posted by Trump, which was altered to appear as if it had aired on CNN, after receiving a copyright-infringement claim.

“We received a copyright complaint from the rights holder of this video under the Digital Millennium Copyright Act and have removed the post,” a Facebook spokesperson confirmed to Variety on Friday.

“Per our copyright policy, we respond to valid copyright complaints sent to us by a copyright owner or their authorised representatives.”

On Thursday, Trump cross-posted a meme video to Twitter and Facebook that was doctored with fake CNN captions reading “Terrified Todler [sic] Runs From Racist Baby” and “Racist Baby Probably a Trump Voter”.

The faked video, created by right-wing meme account Carpe Donktum, implied CNN was “fake news” and urged viewers to report “fake news” when they see it.

A few hours after it was posted, Twitter applied a “manipulated media” warning to Trump’s tweet, the first time it added that specific tag to one of his tweets. The video on Twitter had been viewed more than 20 million times before it was pulled down.

The feature included footage from a viral video shared by one of the kids’ dads on Facebook.

Read the article by Todd Spangler in The Brisbane Times.