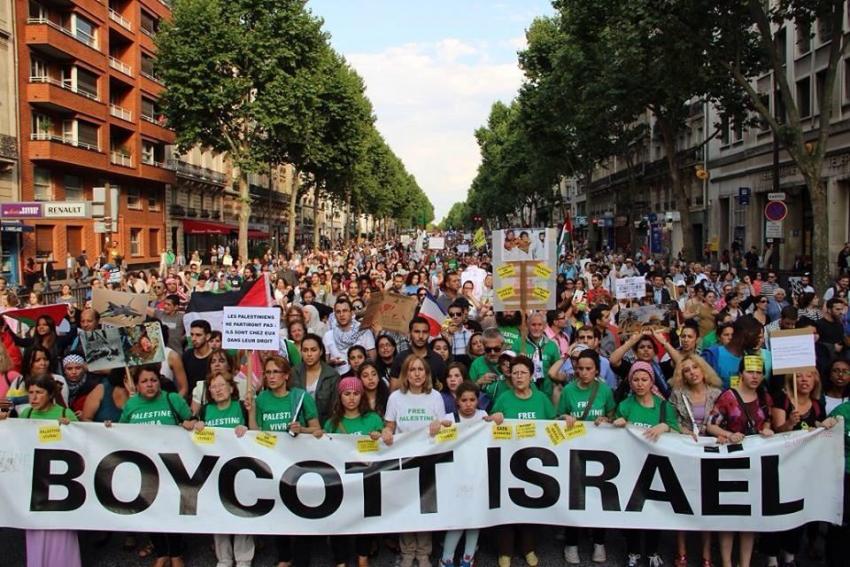 The European Court of Human Rights struck a major blow to Israel’s efforts to silence its critics on June 11, when it overturned the criminal convictions against 11 Palestinian rights activists in France.

The court ruled unanimously that the convictions against the activists for calling on shoppers to boycott Israeli goods violated the European Convention on Human Rights’ guarantee of freedom of expression.

The court has ordered the French government to pay each of the activists about US$8000 in damages and awarded them their legal costs.

The ruling is a significant boost to the boycott, divestment and sanctions movement that aims to pressure Israel to end its crimes against Palestinians and its violations of international law.

“This momentous court ruling is a decisive victory for freedom of expression, for human rights defenders and for the BDS movement for Palestinian freedom, justice and equality,” Rita Ahmad said on behalf of the Palestinian Boycott, Divestment and Sanctions National Committee (BNC).

The judgment will have major implications for state repression of the BDS movement across Europe, especially in Germany where “advocates for Palestinian rights face fierce restrictions on their civil rights,” the BNC added.

Israel and its lobby have in recent years encouraged governments around the world to pass laws and policies aimed at silencing supporters of Palestinian rights.

Read the article by Ali Abunimah in Green Left Weekly.