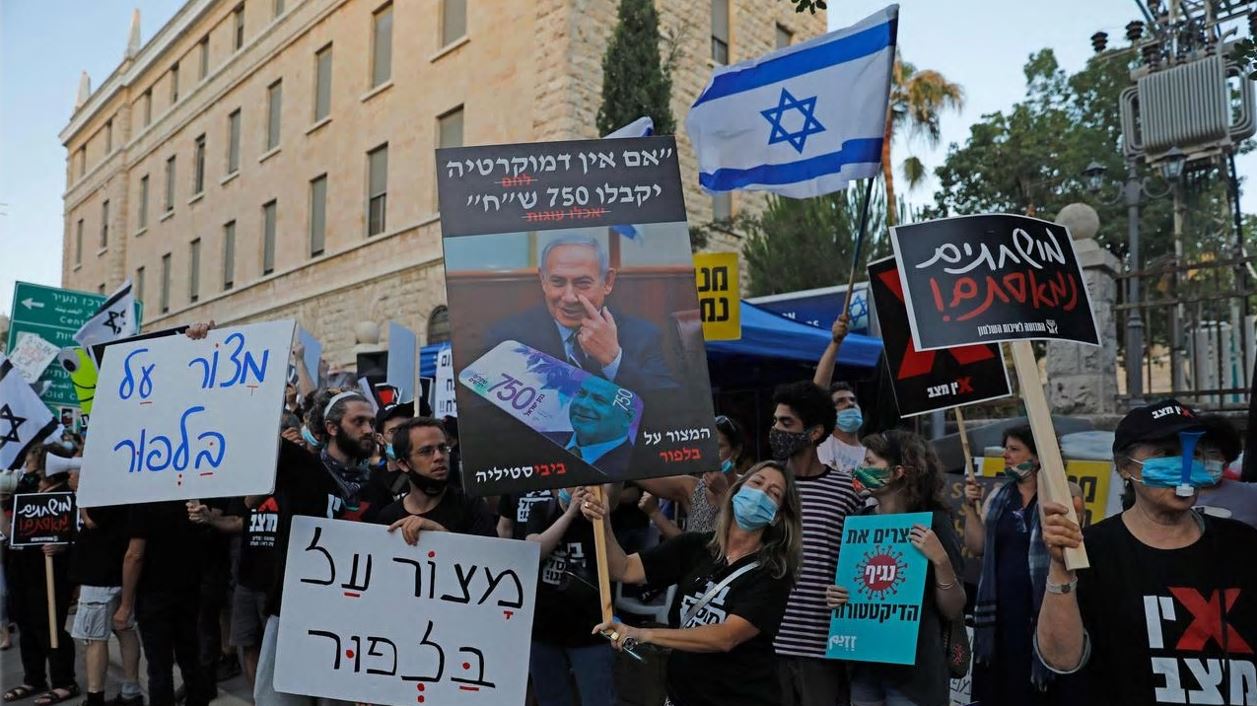 It’s even more rare to see right-wing fiscally conservative politicians hand it out without any pre-conditions to every citizen.

Israel’s Prime Minister, Benjamin Netanyahu, this week announced a one-off payment to every Israeli at a cost of more than 6 billion shekels ($2.86bn).

Mr Netanyahu said he wanted to grease the wheels of the economy to prevent it stalling, but there has been pushback, from Finance Ministry officials and members of his coalition government, as well as from some Israelis who say they will donate their handouts to others who need them.

The payment follows days of protests against his government’s handling of the COVID-19 epidemic.

On Tuesday thousands of Israelis gathered outside the Prime Minister’s Jerusalem residence. Protesters trying to break into his residence said they wanted to storm the “Bibistille”. There are regular demonstrations here usually attended by people in their 50s and 60s who oppose Mr Netanyahu staying in office while under indictment for fraud and breach of trust. This one, by contrast, was dominated by younger Israelis.

Thousands of young men and women, most wearing masks but not standing 2m apart, shouted, “Go to hell, you’ve destroyed the country”.

Efrat Safran, a 37-year-old regular at these demonstrations, said she hadn’t seen anything like it before. “There was so much bursting rage and energy. For a moment it seemed like we were on the verge of an explosion. I think the economic crisis is what’s brought the young people out onto the streets.”