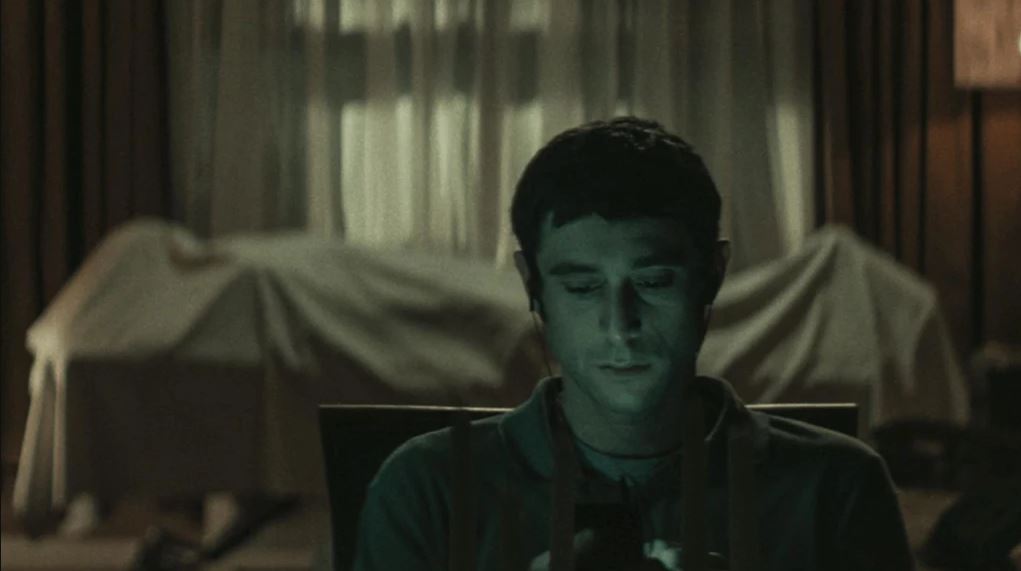 The Vigil digs into Jewish mythology and delivers spine-tingling shocks

Religion and horror go together like a ghost and a sheet – and the sheet in The Vigil covers a dead body, laid out in the front room of an orthodox Hasidic Jewish house in the Boro Park area of Brooklyn. A young man who has left the fold returns reluctantly to act as a “shomer” – the person who sits vigil with a body in the hours between death and removal by undertakers.

This is traditionally done by a relative or friend, but when neither is available, someone can be paid to do it – and Yakov (Dave Davis) needs the money. All he has to do, says the Rabbi (Menashe Lustig), is sit with the body of Mr Litvak, a Holocaust survivor, until dawn – a bit over five hours. Old Mrs Litvak has Alzheimer’s. She’ll probably be asleep, says the rabbi, who knows more than he’s saying.

Yakov is not exactly thrilled to be in this dark and eerie house; nor is he in the best of mental health, after leaving the Hasidic community. Mrs Litvak (Lynn Cohen) unsettles him with her look of pity, as if he, too, is already dead. He puts in earbuds and settles into his electronic music. The body is behind him, laid out under the sheet by the window. Don’t turn your back, we’re thinking. As every horror fan knows, at some point that sheet is going to move. The question is when – and the mark of a good horror director is how, and how well, he delays.

Read the review by Paul Byrnes in The Sydney Morning Herald.