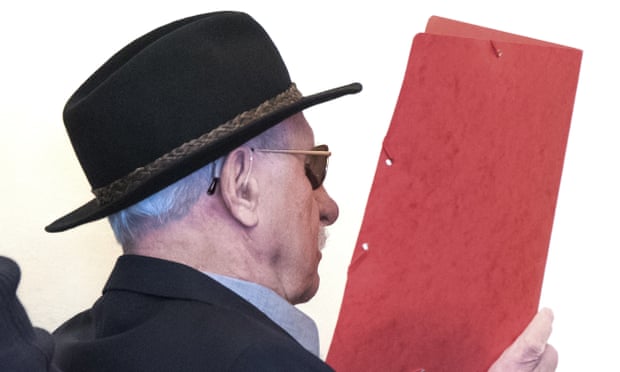 A German court has convicted a 93-year old German man of helping to murder 5232 prisoners, many Jewish, at a Nazi concentration camp in World War Two and handed him a suspended two-year sentence in one of the last cases against Nazi-era crimes.

Bruno D., who had been an SS guard in the Stutthof concentration camp near Gdansk in what is today Poland, was guilty of being involved in killings between August 1944 and April 1945, the Hamburg court said on Thursday.

He had acknowledged his presence at the camp but argued that did not amount to guilt.

About 65,000 people, including many Jews, were murdered or died at Stutthof, according to the museum’s website. Prosecutors have argued that many were shot in the back of the head or gassed with the lethal Zyklon B gas.

As he was only 17 or 18 years old at the time of the crimes, he was subject to youth sentencing guidelines. Prosecutors had called for a three-year prison sentence.

In his final testimony to the court earlier this week, Bruno D. apologised for the suffering victims went through but stopped short of taking responsibility, German media reported.

Read the article in the Seymour Telegraph.

[Editor: Why has this newspaper published a masked picture of this Nazi criminal? What are they afraid of?]