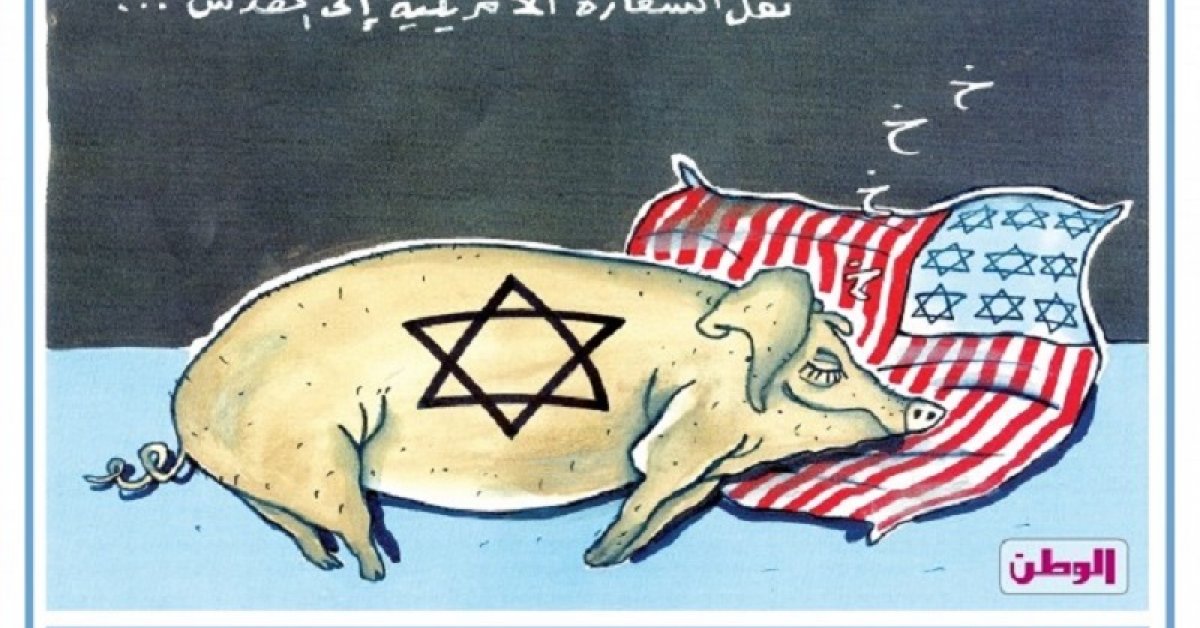 Depicting Jews — and sometimes also Zionists — as “the descendants of apes and pigs” is extremely widespread today in public discourse in the Arab and Islamic worlds. For example, in a weekly sermon in April 2002, Al-Azhar Sheikh Muhammad Sayyid Tantawi, the highest-ranking cleric in the Sunni Muslim world, called the Jews “the enemies of Allah, descendants of apes and pigs”.

The Australian government has condemned a Muslim cleric for making offensive comments in videotaped lectures. Sheikh Feiz Mohammed, head of the Global Islamic Youth Centre in Sydney, urged children to become martyrs for Islam and mocked Jewish people as pigs.

A 13th-century anti-Semitic carving may remain on the wall of a church in Wittenberg, Germany, a court has ruled. A Jewish man, Michael Dullmann, is seeking to have the sculpture removed. The relief shows a rabbi lifting a sow’s tail and peering at its behind while other Jewish figures suckle on her teats.

This dodgy migrant is no great shakes. The Sydney Morning Herald, October 31, 2006:

In 1988 (Egyptian-born Sheik Taj el-Din al Hilaly) told a Sydney University meeting that “the Jews try to control the world through sex, then sexual perversion, then the promotion of espionage, treason and economic hoarding”.

Newspapers? Jews control them all. The Australia/Israel Review, May 5:

In a sermon in Lebanon in 2004, Hil­aly called for Muslim youth to become martyrs by fighting Israel and praised the 2001 September 11 terror attacks against the United States as “God’s work against oppressors”, stating that “The media all over the world are controlled by Zionist fingers.”

(A selection of captions of how anti-semitism rears its ugly head).