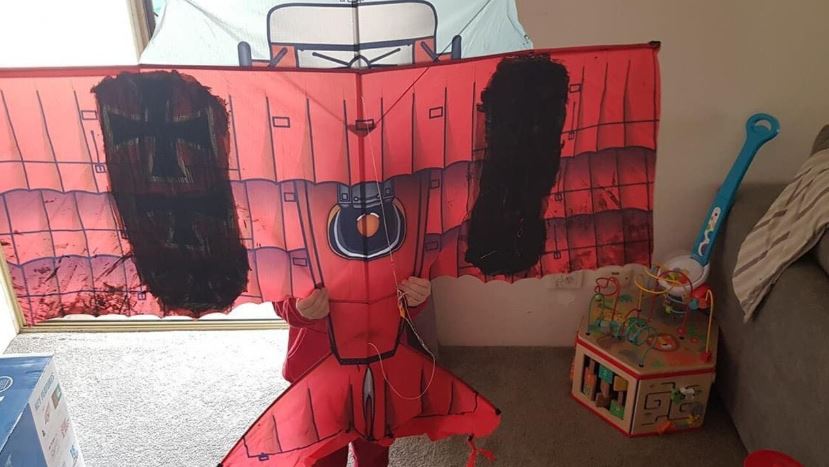 RETAIL giant Kmart has pulled a popular kids toy from its inventory after concerned customers raised questions about the design which included symbols associated with Nazi Germany.

One of the SuperWings Supersized Nylon Kite range was “immediately withdrawn” from Kmart’s product range for its design which closely resembled the Red Barron’s fighter plane.

Emblazoned on the wings of the red kite are big Iron Cross graphics, which sparked concern from customers.

One mother in a Kmart Facebook group said she had to cover the symbols before she felt comfortable flying it in public with her son.

The Red Barron, whose real name was Manfred Albrecht Freiherr von Richthofen, was infamous throughout World War I and was credited with 80 confirmed combat victories in the air.

A Kmart spokeswoman said the company acted swiftly when the offensive design was brought to their attention.

“We have been made aware of an inappropriate graphic that has unintentionally been featured on our SuperWings Supersized Nylon Kites and can confirm that necessary steps have been taken to immediately withdraw this product from our range,” the spokeswoman said.

“We sincerely apologise for the inconvenience caused and are reviewing internal processes to ensure this isolated error does not occur again.

Read the article by Jordan Philp in The Chronicle.