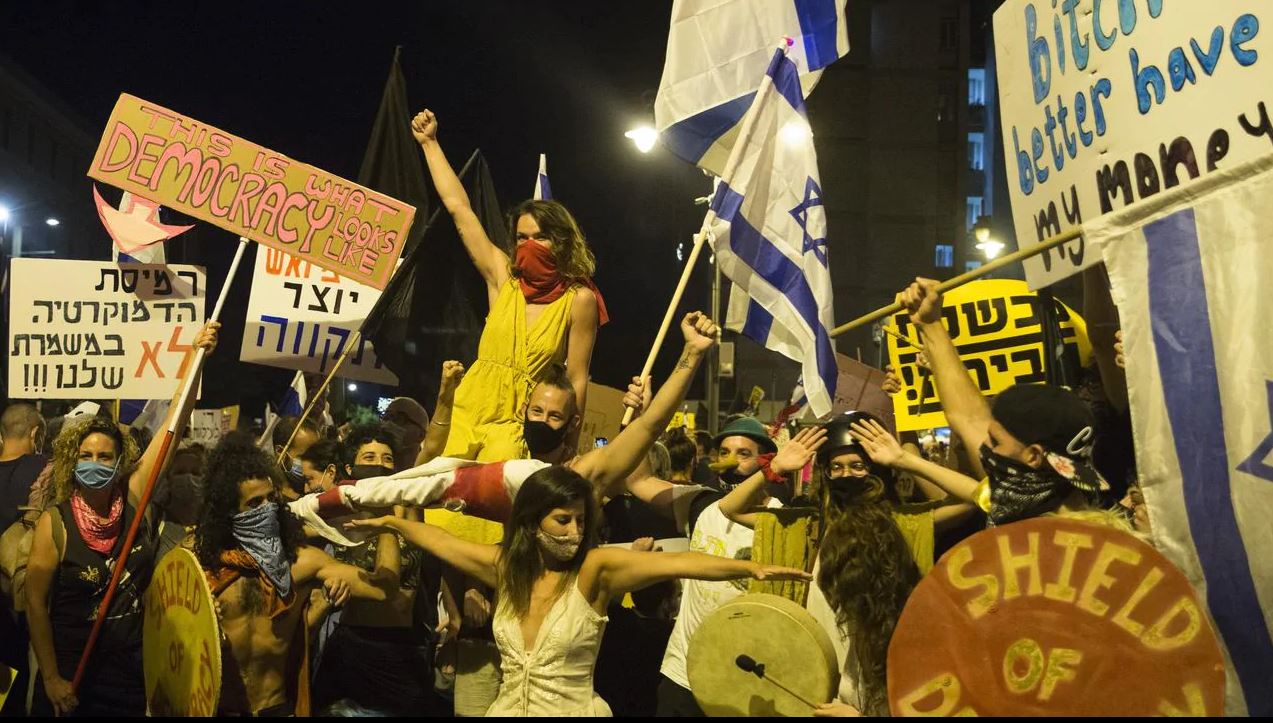 Israeli Prime Minister Benjamin Netanyahu has accused large crowds of protesters who gathered outside his official residence of trying to “trample on democracy” and claimed that they could be “incubating” coronavirus.

An estimated 10,000 people attended a march in central Jerusalem on Saturday which culminated at the Prime Minister’s residence, and resulted in some demonstrators having to be dragged away by riot police or dispersed with water cannon.

The rallies, galvanised by corruption charges against Mr Netanyahu, have been the largest in Israel for at least nine years, but the Prime Minister has previously dismissed the demonstrators as “leftists” and “anarchists”. He faces three corruption charges and has denied wrongdoing.

Late on Sunday Mr Netanyahu accused the media of inflaming the protests. “Never have so few received such huge coverage,” he said. “I see an attempt to trample on democracy. There is a distortion of all the rules.”

In an apparent swipe at police and public health officials, he added: “Nobody restricts the demonstrations. On the contrary they are accommodating toward them … [but] it’s a coronavirus incubator, there are rules that are not enforced, no one restricts it, and no one has even tried to restrict it.”

Read the article by David Rose in The Australian.