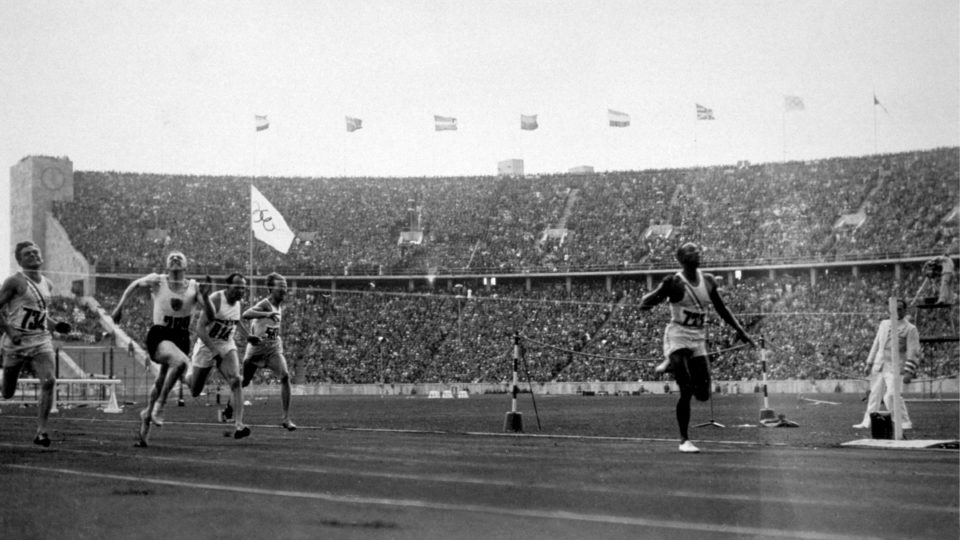 Neither were Jews, nor any other person of a race that wasn’t Aryan.

Especially not on German soil.

But that’s exactly what happened on this day in 1936, when Jesse Owens shot to worldwide fame by winning the 100 metre sprint at the Berlin Olympics.

At the time in Nazi Germany, Hitler had been promoting his dangerous belief that Aryans were the ‘master race’ designed to rule the rest of humanity.

By his logic, the best athletes at the Berlin Olympics should have been tall, fair-haired and light-eyed Europeans.

When the 22-year-old sharecroppers’ son from Alabama took his position on the race track, he was surrounded by swastika flags, Nazi merchandise and white supremacists, including Hitler.

After the gun went off, Owens shocked the crowd by making it to the finish line with a record-equalling 10.3 seconds, defeating his US teammate Ralph Metcalfe and Dutch sprinter Tinus Osendarp.

Many spectators were stunned.

Germany had been awarded the Olympic Games in 1931 as part of the country’s reintegration into the international community after World War I.