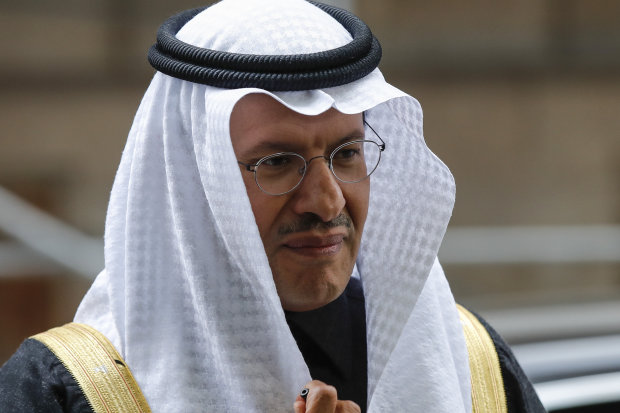 OPEC+ to ease oil curbs from May

London | OPEC+ agreed on Thursday (Friday AEDT) to gradually ease its oil output cuts from May, after the new US administration called on Saudi Arabia to keep energy affordable, mirroring Donald Trump’s practice of calling OPEC’s leader over oil policy.

Iran’s oil minister, Bijan Zanganeh, confirmed the group would have boosted output by a total of 1.1 million bpd by July.

Under Thursday’s deal, cuts implemented by the Organisation of the Petroleum Exporting Countries, Russia and their allies, a group known as OPEC+, would be just above 6.5 million bpd from May, compared with slightly below 7 million bpd in April.

“What we did today is, I think, a very conservative measure,” Saudi Energy Minister Prince Abdulaziz Bin Salman told a news conference after the OPEC+ meeting, adding that output levels could still be adjusted at the next meeting on April 28.

He said Thursday’s decision had not been influenced by any talks with US officials or any other consuming nations.

The Saudi minister also said the kingdom would gradually phase out its additional voluntary cut that have been running at 1 million bpd, by adding 250,000 bpd to production in May, another 350,000 bpd in June and then 400,000 bpd in July.

Read the article by Alex Lawler, Rania El Gamal and Vladimir Soldatkin in the Financial Review.