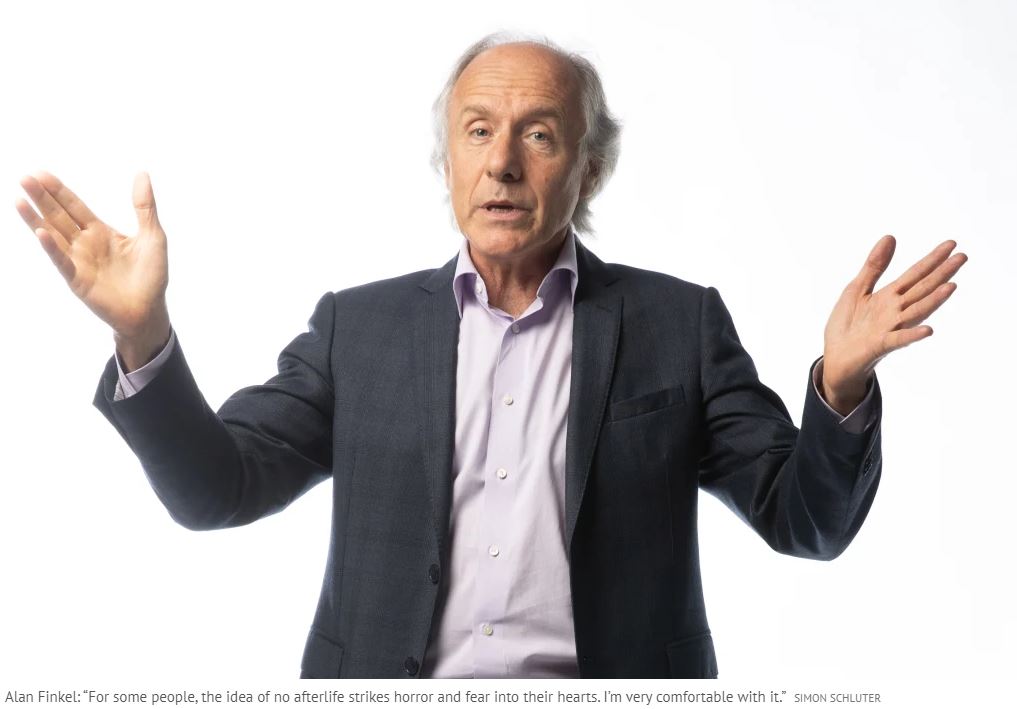 Alan Finkel: ‘Never let the pursuit of perfection get in the way of the very good’

Each week, Benjamin Law asks public figures to discuss the subjects we’re told to keep private by getting them to roll a die. The numbers they land on are the topics they’re given. This week, he talks to Alan Finkel. The 68-year-old neuroscientist, electrical engineer and entrepreneur was Australia’s chief scientist from 2016 to 2020. He’s now special adviser to the federal government on low-emissions technology.

Are you a religious man? I’m not, unless you take science, humanism or atheism as a religion. But I qualify that by saying I’m Jewish and proud of it. On Friday nights, we always do the lighting of the candles, drinking of the sacramental kiddush wine and saying of a few prayers over the challah – the bread. You sing the song to welcome the Sabbath Queen, bless your children, then you eat a lot of food. I love doing it, and it’s an excuse to bring our kids home. It’s a cultural connection to my father, and to other Jews around the world. But if I have a god, it’s the god of science.

How often do you doubt your beliefs? Do you mean self-doubt? Or doubts about aspects of nature and science, engineering and mathematics?

Well, let’s get specific. In August 2020, a group of 25 scientists wrote to you – as the then chief scientist – criticising your support of the expanded use of natural gas as a transitional fuel. Did that cause you to doubt where you stood on that issue? Not at all. What they didn’t appreciate is that I’m as determined as, if not more determined than, most people to assist with the effort to drive emissions to net zero. And as I said in my response, the science is not in doubt – we must drive emissions down as quickly as we can. But I believe that maintaining our civilisation, economy and the prosperity of all Australians is also important.