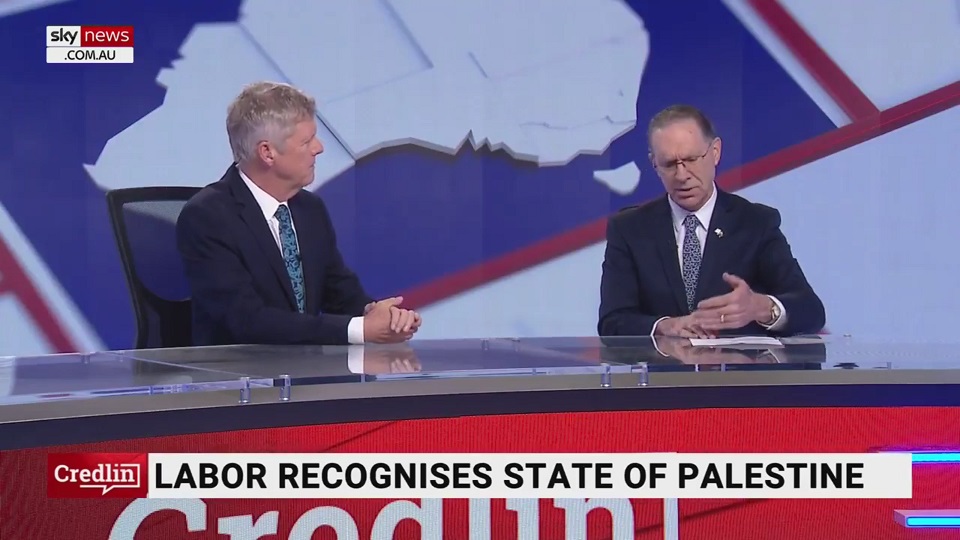 AJA President Dr David Adler appeared on Sky News with Rowan Dean calling out the issues around the change in the Labor Party platform to recognise a non-existent “State of Palestine”.
Dr Adler said “this is the first time in Australian history that a mainstream political party has aligned itself with an ideology completely infested with terrorism”.

Labor, what have you done?!