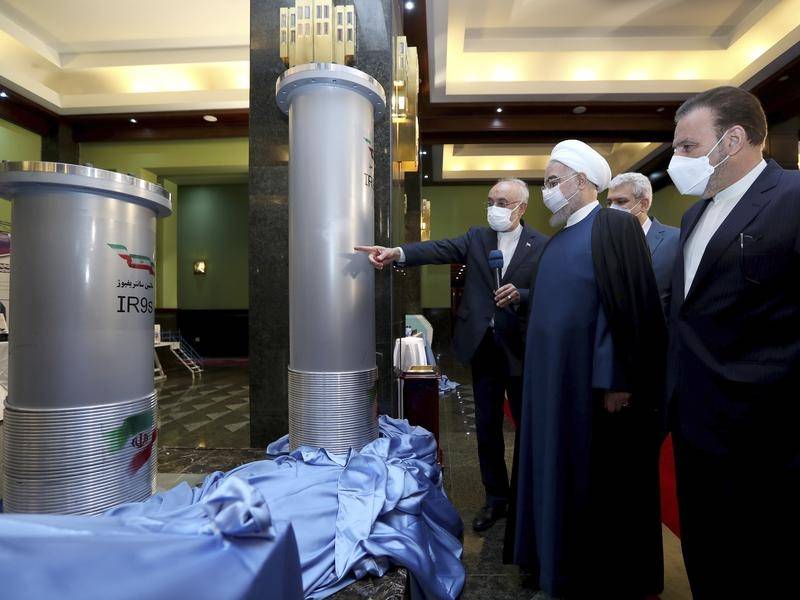 Iran says it has begun mechanical tests on its newest advanced nuclear centrifuge, even as the five world powers that remain in a foundering 2015 nuclear deal with Iran attempt to bring the US back into the agreement.

Iran’s IR-9 centrifuge, when operational, would have the ability to separate uranium isotopes more quickly than the current centrifuges being used, thereby enriching uranium at a faster pace. The announcement carried on state TV came on Iran’s annual Nuclear Day.

Since January, Iran has begun enriching uranium at up to 20 per cent purity, a technical step away from weapons-grade levels, though Iran’s leadership insists the country has no desire to develop a nuclear weapon.

Former US President Donald Trump pulled the US out of the nuclear accord in 2018, accusing Iran of failing to live up to the agreement, opting for what he called a maximum-pressure campaign of stepped-up US sanctions and other tough actions.

Iran responded by intensifying its enrichment of uranium and building centrifuges in plain violation of the accord, while insisting that its nuclear development is for civilian not military purposes.

Read the article in the Camden-Narellan Advertiser and The Canberra Times.