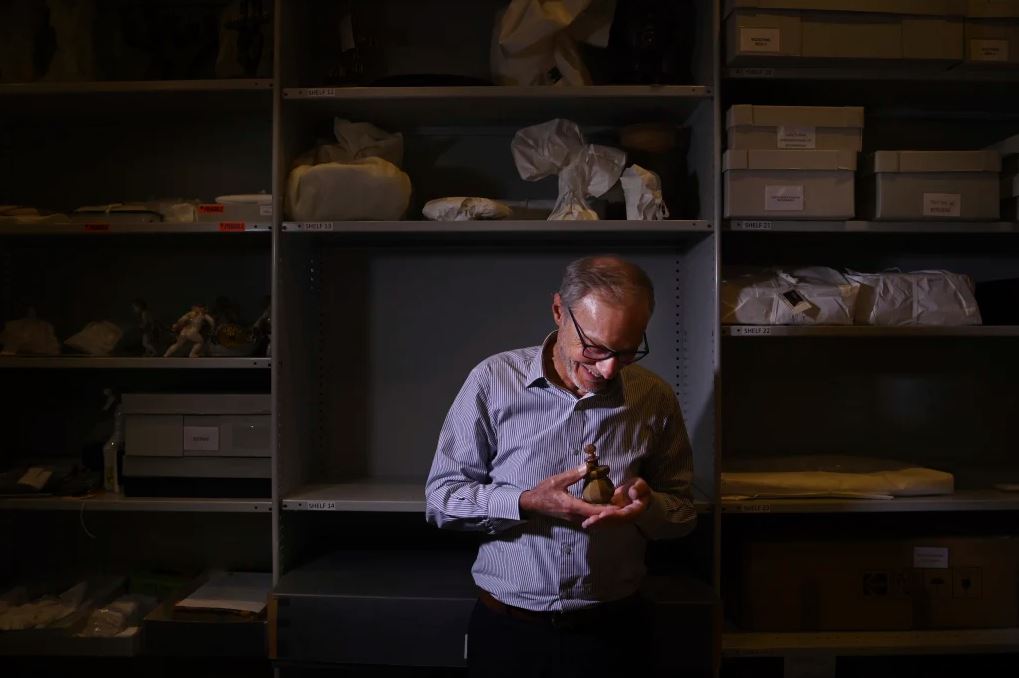 Nazi-looted treasure returned to heirs in Australia after 80 years

A small, brown, glass perfume bottle with a neat gold trim is causing excitement at Sydney’s Jewish Museum. This piece, recently donated by heritage consultant, David Logan, becomes the first artwork in the museum that was taken from a Jewish private collection by the Nazis and subsequently restored to its rightful heirs some 80 years later.

The bottle comes from the collection of Logan’s grandfather, Wilhelm Perlhoefter, a prosperous merchant in Breslau who had a passion for glass, particularly for pieces made using the lithyalin process invented by Bohemian master craftsman, Friedrich Egermann (1777-1864). This process, which remained a closely guarded secret, enabled Egermann to create glass objects that resembled marble or semi-precious stone.

In a collection of more than 1000 objects Perlhoefter accumulated 400 pieces by Egermann. Museum directors and connoisseurs would call in to see these treasures, which were arranged in glass cases spread throughout a spacious apartment. “As a child,” Logan says, “my mother felt embarrassed about inviting friends home because the family apartment looked like a museum.”

Everything began to change when the Nazis came to power in 1933. Perlhoefter’s business would be “Aryanised” in 1938, and on November 9 that year – the notorious Kristallnacht – he would be arrested and imprisoned in Buchenwald. During four weeks in the camp Perlhoefter almost died of a kidney infection. “My mother said that one more day would have killed him,” Logan says. The condition for release was an amnesty that was applied when people turned 60 – a policy not destined to endure under the Third Reich.

Read the article by John McDonald in The Sydney Morning Herald.