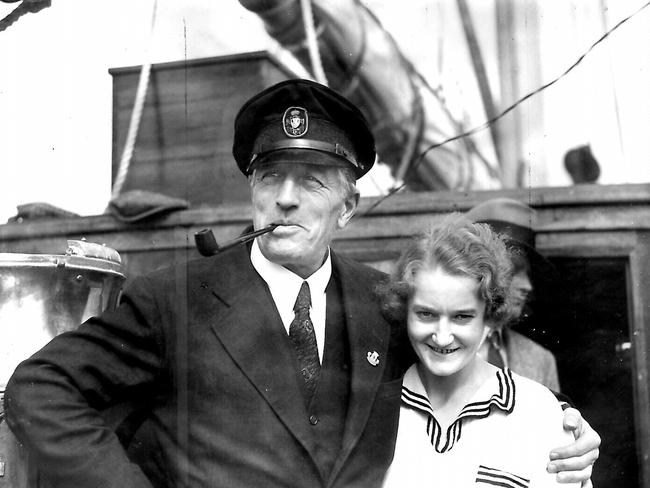 In May 1938, a man believed to be a member of the German Secret State Police – the dreaded Gestapo – attended a picnic at Deep Creek on the northern side of Narrabeen Lagoon.

In May 1938, a man believed to be a member of the German Secret State Police – the dreaded Gestapo – attended a picnic at Deep Creek on the northern side of Narrabeen Lagoon.

The man was Paul Kunert, who had arrived in Sydney aboard the auxiliary schooner Seeteufel in May 1938.

The Seeteufel was skippered by Count Felix von Luckner, who rose to fame during World War I when he captained a sea raider called the Seeadler, a captured three-masted sailing ship that he used to sink 14 Allied ships in the Atlantic and Pacific oceans before his ship ran aground in the Society Islands and was wrecked.

Prior to the shipwreck and his subsequent capture, von Luckner not only gained renown for his exploits but also for the chivalrous behaviour he extended towards those aboard the ships he sank, taking them on board his own ship and treating them well after sinking their ships.

Only one person died during the capture and sinking of the 14 Allied ships and that was an accident, earning von Luckner a reputation as an honourable foe as well as the nickname Sea Devil.

After the war von Luckner cashed in on his reputation by writing a best-selling book and launching himself on a lecture tour, including seven years in America, in which he promoted international understanding in general and himself in particular as a larger-than-life modern buccaneer.

In 1937 von Luckner took command of the schooner he named Seeteufel, German for Sea Devil, and in April that year set out on a two-year world cruise that, he claimed, was to establish goodwill towards Germany and bind those with German heritage closer to the new Germany that had emerged after World War I – Hitler’s Germany.

Developing goodwill towards Germany was seen as furthering the cause of Nazi Germany by impressing upon the Australian public that there was no reason why Germany and the British Empire should not continue to live in peace and harmony, and that the Soviet Union was a common enemy to both.

Read the article by John Morcombe in The Daily Telegraph.