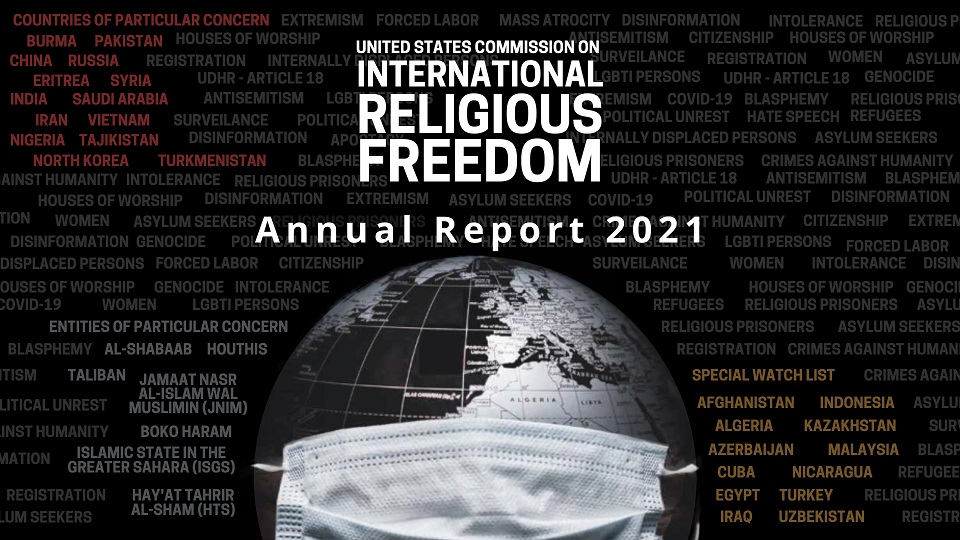 A religious freedom watchdog is urging the State Department to name four additional countries to its list of the worst religious liberty offenders.

In its 2021 annual report, released on Wednesday, the US Commission on International Religious Freedom said India, Russia, Syria and Vietnam should be considered “countries of particular concern.” Those nations have been found to have engaged in or permitted ongoing, systematic and egregious religious freedom violations.

During a virtual news conference announcing the report, commissioners of the independent watchdog expressed concerns about how the COVID-19 pandemic had affected global religious freedom.

They cited persecuted Christians in South Korea and Shiite Muslims in Pakistan who were targeted and scapegoated for the virus’s spread and the use of anti-Semitic imagery to protest European public health measures.

Commissioners also encouraged the Biden administration to fill vacancies in the State Department, including the roles of the international religious freedom ambassador, the coordinator for Tibetan issues and the envoy monitoring anti-Semitism.

The watchdog has removed recommendations it has previously made for three countries to be placed on the special watch list. It said Bahrain, the Central African Republic and Sudan continue to raise religious freedom concerns but did not meet the list’s threshold for designation.

USCIRF noted, for example, that Shiite Muslims were permitted to observe the Ashura holiday in 2020 with COVID-19 social distancing precautions. CAR saw a reduction in violence against people based on their religious identity. Sudan passed a law in July that repealed previous apostasy legislation, barred female genital mutilation and halted flogging for blasphemy.