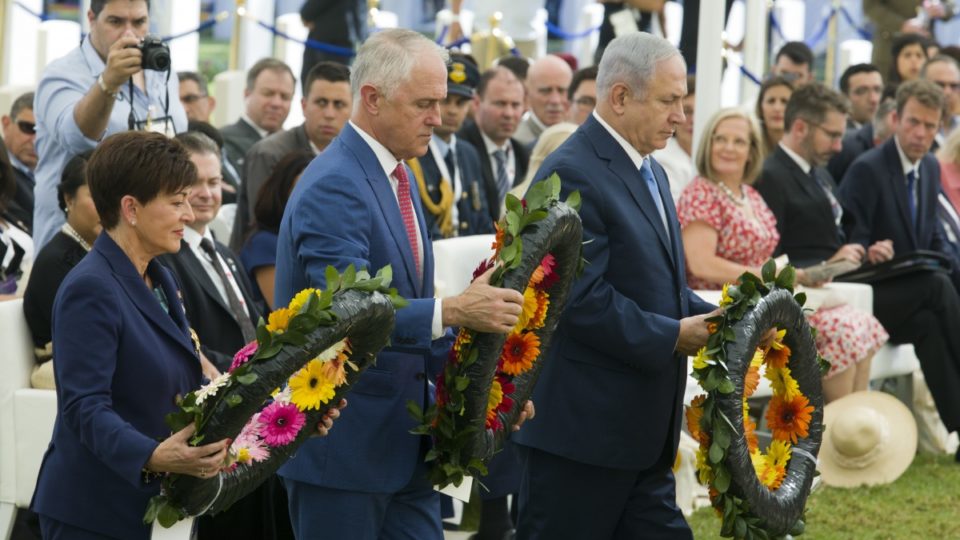 Israel stands with your Anzacs to honour the fallen

Israel and Australia share a historic and enduring commitment to honour the sacrifice of those brave few who risked their lives in the defence of — and freedom for — their fellow citizens.

Every year on April 25, Australia commemorates and honours its servicemen and women on Anzac Day.

Similarly, every year in April-May, Israel stands still to commemorate its fallen soldiers for Yom HaZikaron on the eve of Israel’s Independence Day.

We each lower our flags to half-mast and dedicate a national day to reminding Australians and Israelis that our democratic rights and freedoms have, and continue to be, secured by those who lay their lives on the line for the sake of their nations and our values.

The special bond between Australia and Israel was forged in the fires of World War I and World War II, and continues today. Beginning in the famous Battle of Beersheba on October 31, 1917, this important victory by the Australian Light Horse Brigade was not only a decisive turning point in the campaign against the Turks, but also a forging ­moment for Australia as a nation and arguably its first big achievement on the world stage.

In this mounted charge of Beersheba, 31 Anzacs lost their lives. Among them was Trooper Albert “Tibby” Cotter, a great Australian fast bowler and Test cricketer who volunteered to the Australian Imperial Force in 1915. He died in the Battle of Beersheba while bravely serving as a stretcher bearer, and now rests in Israel in the Beersheba Anzac War Cemetery.

Read the article by Jonathan Peled in The Australian.