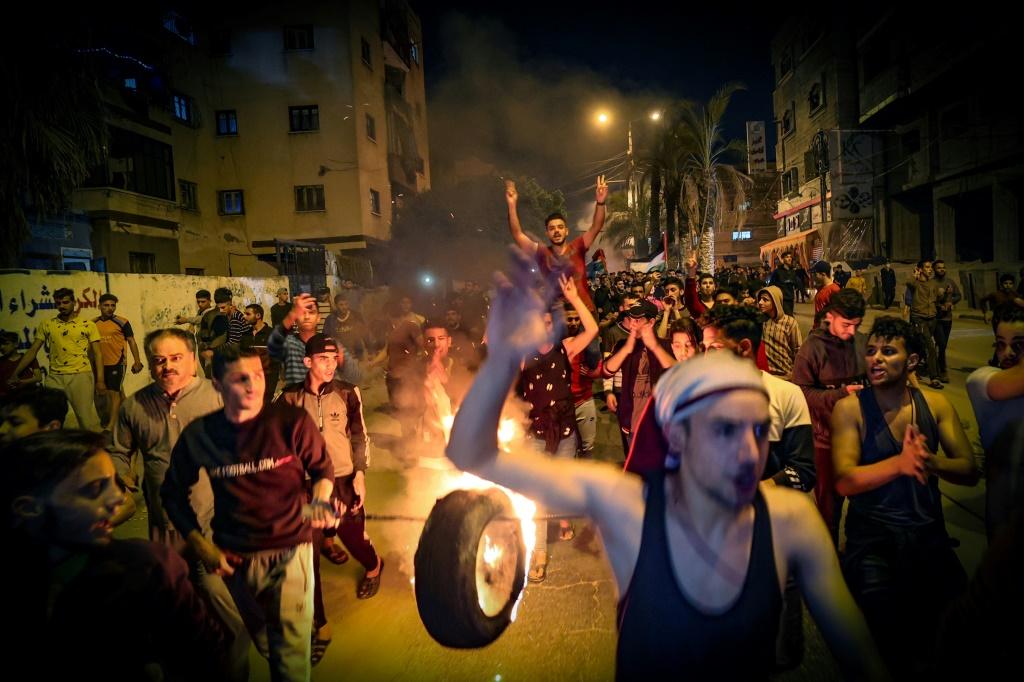 Israel’s Netanyahu calls for ‘calm’ in Jerusalem amid fresh violence

But the premier also warned that Israel remains “prepared for all scenarios” after dozens of rockets were fired from the Gaza Strip towards Israel, prompting Israeli retaliatory air strikes.

Netanyahu made the remarks after attending an emergency security meeting with senior officials, including army chief Aviv Kohavi, hours after Israeli warplanes struck Gaza early Saturday and a second night of clashes between Palestinians and police in Jerusalem.

The clashes on Saturday evening were less severe than on previous days, according to an AFP journalist at the scene.

After Netanyahu’s comments, the Israeli army said it intercepted another rocket launched from the Gaza Strip on Saturday evening.

Skirmishes broke out again on Friday when tens of thousands of Muslim worshippers left Jerusalem’s revered Al-Aqsa mosque after night prayers and found themselves confronted by dozens of armed police, some on horseback.

The violence was the worst in years between Israeli police and Palestinians in the disputed Holy City.

Expressions of concern and calls for restraint have come from the European Union, United Nations and other countries.

Read the article by Guillaume Lavallee in The Weekly Times and the Herald Sun (AFP).