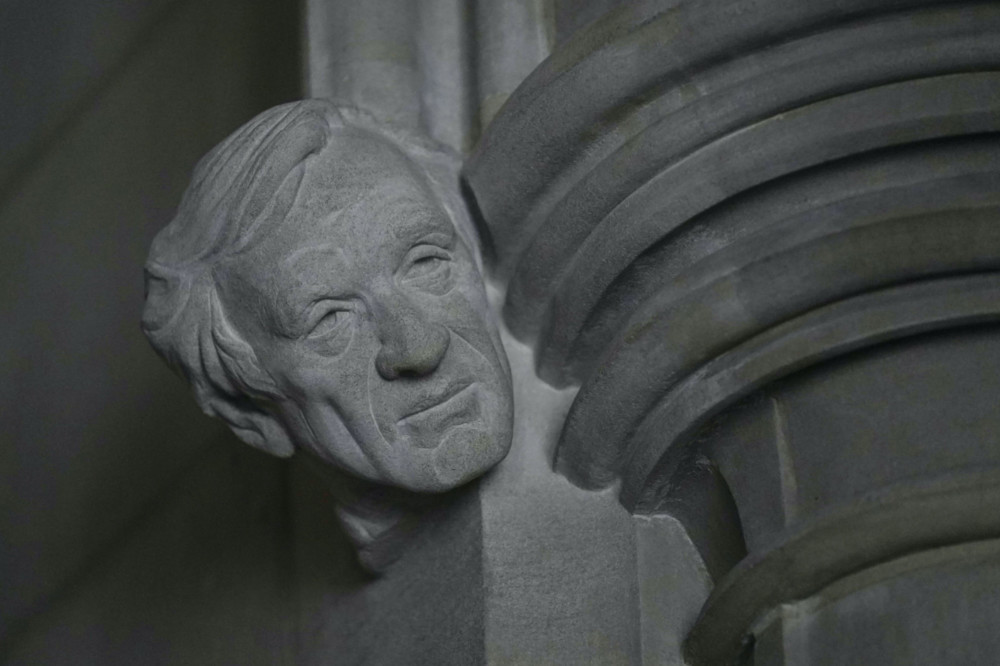 Washington National Cathedral, the massive Episcopal house of worship that prides itself on being an unfinished work-in-progress whose stones and stained glass tell the story of the 20th and 21st centuries, is unveiling its newest addition: a carving of iconic author, human rights campaigner and Holocaust survivor Elie Wiesel.

The carving completes a quartet of heads of prominent figures sprouting from the four corners of an alcove known as the Human Rights Porch, joining Mother Teresa, Rosa Parks and Jonathan Myrick Daniels, a young Episcopal theologian and civil rights crusader who was shot to death in Alabama in 1965, giving his life to protect a 17-year-old Black woman.

“This is the space where we celebrate human aspiration,” cathedral spokesman Kevin Eckstrom said.

Wiesel, who died in 2016, was the author of 57 books including Night, which is based on his experiences as a Jewish prisoner in the Auschwitz and Buchenwald concentration camps. He became an outspoken advocate for human rights causes around the world, helped found the United States Holocaust Memorial Museum and was awarded the Nobel Peace Prize in 1986.

Rev Randy Hollerith, the cathedral’s dean, chose Wiesel for the alcove’s final corner, calling him “the living embodiment of resilience in the face of hatred”. Wiesel’s inclusion is particularly important as the number of living Holocaust survivors dwindles, he added.

“We have to make sure that we keep that reality in front of people,” Hollerith said. “Those who stood for human rights and human dignity ought to be part of this sacred space.”

Read the article by Ashraf Khalil in Sight Magazine.