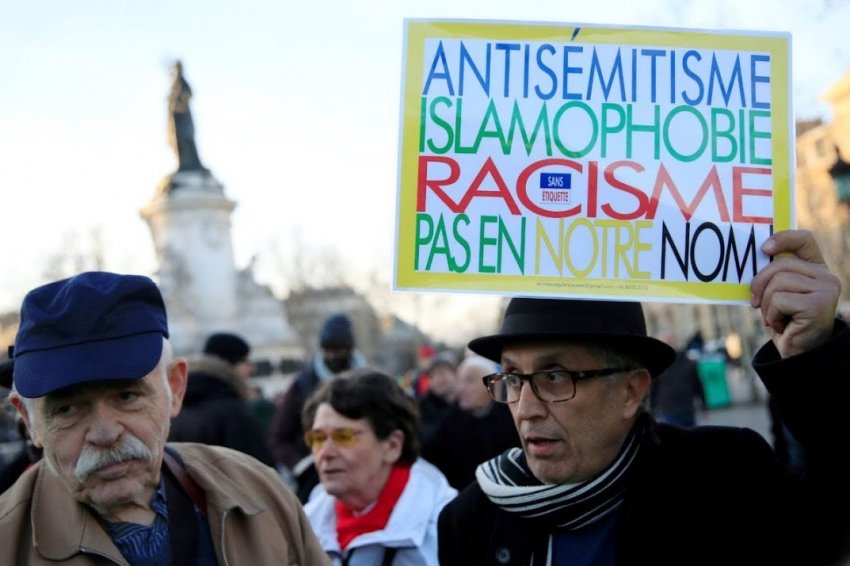 Criticism of Israel is not antisemitic

It has long been common to falsely label critics of the Israeli government as “antisemitic”. In recent years, however, a new variation on this theme has been to use the International Holocaust Remembrance Alliance (IHRA) working definition of antisemitism.

Notably, the former left-wing British Labour Party leader Jeremy Corbyn was attacked in this way. Instances of antisemitism were manufactured by a hostile media and right-wing Labour figures pressured the party to adopt the IHRA definition. Now, more than 30 countries have adopted this same definition.

Vivienne Porzsolt from Jewish Voices for Peace explains why this would be a problem.

The International Holocaust Remembrance Alliance (IHRA) developed what it called a “non-legally binding working definition of antisemitism” for the purpose of data collection at the IHRA Plenary in May 2016.

It consists of two sentences only: “Antisemitism is a certain perception of Jews which may be expressed as hatred towards Jews. Rhetorical and physical manifestations of antisemitism are directed toward Jewish or non-Jewish individuals and/or their property, toward Jewish community institutions and religious facilities.”

The IHRA then appended examples as “illustrations”, with which to guide its work. These have never been part of the official IHRA definition.

These examples focus largely on the idea that any criticism of Israel is antisemitic. This would make recent publications by Jewish Zionist writers and Israeli human rights organisations “antisemitic”.

Read the article by Vivienne Porszolt in Green Left.

[Editor: Of course Jews like Porszolt wouldn’t like to be labelled as anti-semitic so it is not surprising many Left wing Jews express Israelophobic views like hers.]