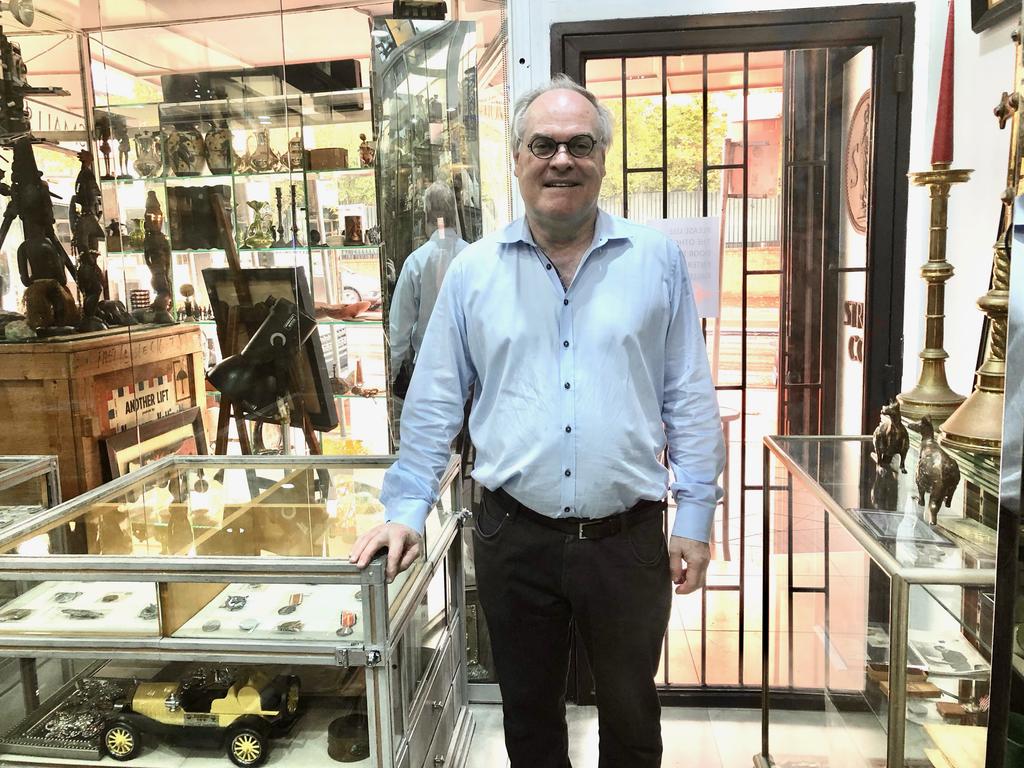 An eastern suburbs cafe has caused controversy with its Nazi memorabilia display but it’s not the only item with a bloody history on show.

As good as Sydney’s coffee culture is, our favourite cafes do often all look the same.

But that cannot be said of Paddington’s Café Lautrec which opened last month, next door to Smalls Auctions on Oxford Street.

Rather than your usual shelves packed with soy milk cartons and pretend books, this cafe houses a frankly terrifying collection of Nazi memorabilia.

There are images of Adolf Hitler, an original copy of the Fuhrer’s 1936 speech to the Reichstag, mugshots of top Nazis Rudolf Hess and Albert Speer from the Nuremberg trials, war medals and much more.

But not all is as it seems.

Mark Duff who owns both businesses is no neo-Nazi. He in fact has Jewish heritage and has been running the auction house for four years.

It was during the pandemic he set about transforming part of the auction house space into the cafe.

Mr Duff, who once sold billionaire and Charles Darwin collector Kerry Stokes an artwork painted by the famous biologist’s cabin mate for a five figure sum, told the Wentworth Courier the attention given to his collection of Nazi memorabilia was disappointing.

“They (Nazi items) were the relics of a terrible, terrible time of a terrible regime,” he said. “But we can’t just ignore history.”

Read the article by Emily Macdonald in The Daily Telegraph.