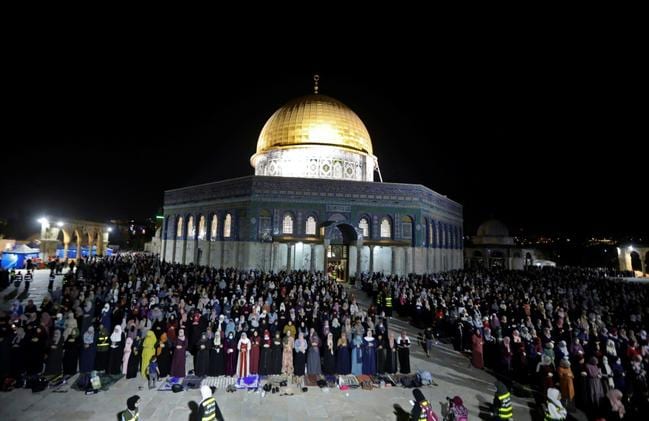 Jmedia Manager
Print
May 10, 2021 79
More than 300 people were wounded Monday in renewed clashes between Palestinians and Israeli police in Jerusalem, Palestinian medics said, as an Israeli celebration of its 1967 takeover of the holy city threatened to further inflame tensions.

Palestinians hurled rocks at Israeli officers in riot gear who fired rubber bullets, stun grenades and tear gas on the esplanade of the revered Al-Aqsa mosque, an AFP correspondent at the scene said, following a night of sporadic clashes.

The violence was the latest in days of the worst such disturbances in Jerusalem since 2017, fuelled by a long-running bid by Jewish settlers to take over nearby Palestinian homes in Israeli-annexed east Jerusalem.

“We insist on guaranteeing the (religious) rights of all, and this from time to time requires the stability and steadfastness that the Israeli police and our security forces are currently displaying,” he said.

A key court hearing scheduled for Monday on Sheikh Jarrah, the flashpoint east Jerusalem neighbourhood at the centre of the property dispute, has meanwhile been postponed.

Israeli police had, as of Sunday, approved the march, which was re-scheduled to start around 5:00 pm (1400 GMT).

Once stopped, the vehicle was attacked by around a dozen people who continued to hurl projectiles at the passengers before an Israeli policeman dispersed the crowd by firing into the air.