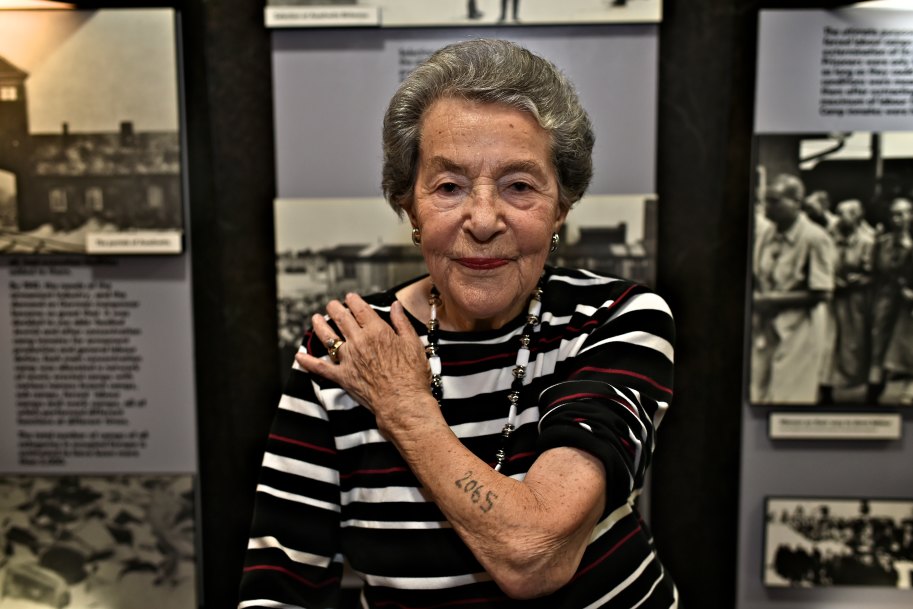 The extraordinary Lotte Weiss was one of the first Jewish prisoners of Auschwitz. In March 1942, at the age of 18, she was forcibly transported by cattle wagon to Auschwitz, along with her two older sisters.

Her number 2065 – indelibly embedded on her left arm by the tattooist of Auschwitz, Lale Sokolov – bore a lasting testament to her early internment at Auschwitz.

Through a mix of luck and her sheer determination to survive, Lotte emerged from Auschwitz to find herself alone in the world, a previously close and happy family life destroyed, her hopes and dreams shattered.

It is an amazing feature of Lotte’s that she was able to discuss a subject as painful as the Holocaust and her personal family tragedy, and leave everyone coming away feeling full of hope, purpose and believing in the goodness of life and people.

From actress Nicole Kidman to former New Zealand prime minister Sir John Key, thousands of people, many of them schoolchildren, listened to, learnt from and were inspired by Lotte’s words. Reuven Rivlin, the President of Israel, acknowledged Lotte’s passing by citing “[her] dedication to Holocaust remembrance and [her] educating young people [as] a shining example to us all”.

Lotte died peacefully, surrounded by her family aged 97 in Sydney. She had lived two lives, documenting them both in her memoir My Two Lives, published in 2003.

Read the article by Heather Morris in The Sydney Morning Herald.