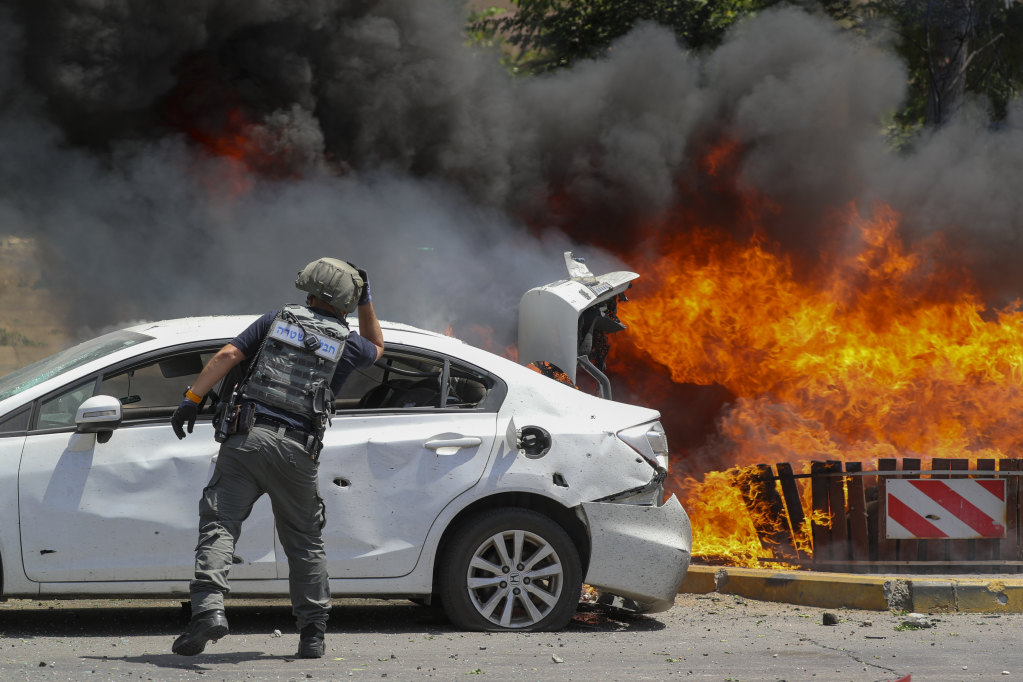 Death and destruction spreads across Israel and the Palestinian territories

Jerusalem: A day of upheaval at the holy sites of this contested city quickly widened into a night of warlike violence on Tuesday as hundreds of rockets from the Gaza Strip resulted in the deaths of at least two Israelis and retaliatory air strikes killed at least 22 Gazans.

Clashes also broke out in the West Bank between Palestinians and Israeli soldiers, as well as between Jewish residents, Israeli police and Arab citizens in Arab-Israeli towns and mixed Jewish-Arab towns, leading to hundreds of arrests and at least one Palestinian fatality.

The armed exchanges, the worst eruption of violence between Israel and Palestinians in recent years, continued into a second day as security officials braced for fighting to escalate even further. Schools in several parts of Israel were closed.

Air-raid sirens sounded every few minutes in towns where many Israelis had already passed the night in bomb shelters. On Tuesday afternoon, more than 200 rockets struck southern Israel within the span of an hour, including in the Israeli coastal city of Ashkelon, just north of Gaza, according to media reports. At least four members of a family were reported injured when one rocket hit an eight-storey apartment building.

“We fired rockets at Ashkelon following an Israeli attack and an attack on a house west of Gaza City,” said a spokesman for Hamas’ military wing.

“If Israel continues to attack, we will turn Ashkelon into hell.”

Read the article by  Steve Hendrix and Shira Rubin in The Age (from The Washington Post).