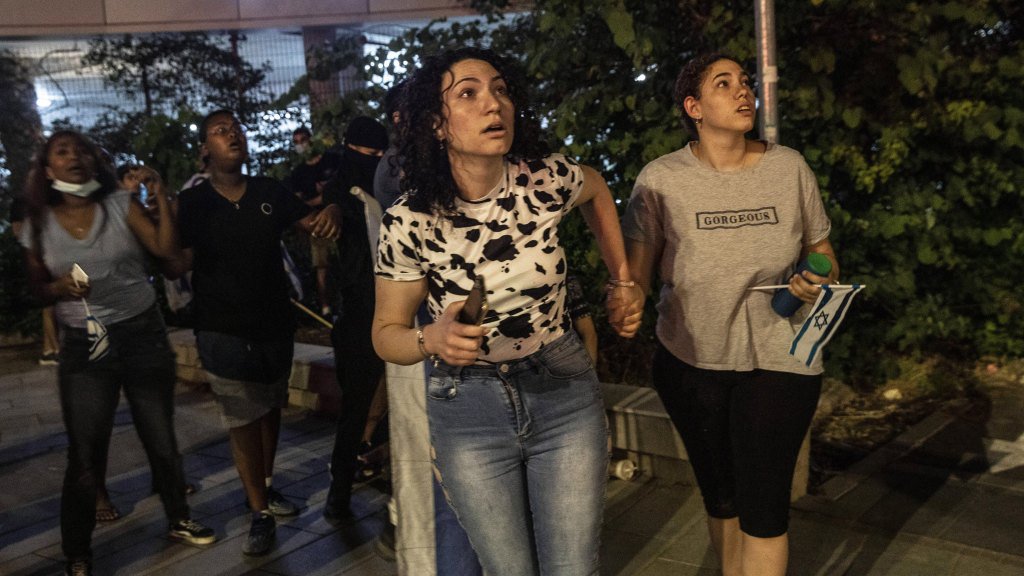 Gaza/Jerusalem: Hostilities between Israel and Hamas escalated on Tuesday, raising the death toll in two days to 30 Palestinians and three Israelis, with Israel carrying out multiple air strikes in Gaza and the Islamist militant group firing rockets at Tel Aviv.

A 13-story residential Gaza block collapsed after one of several dozen air strikes. Late into the night, Gazans reported their homes shaking and the sky lighting up with near-constant Israeli strikes.

An energy pipeline between the Israeli cities of Eilat and Ashkelon was hit by a rocket, Israel’s Channel 12 TV said. Video broadcast by Channel 12 showed flames rising from what appeared to be a large fuel container.

The incoming rocket fire was so relentless that Israel’s Iron Dome rocket-defence system seemed to be overwhelmed.

There appeared no imminent end to the violence.

Israeli Prime Minister Benjamin Netanyahu warned that militants would pay a “very heavy” price for the rockets, which reached the outskirts of Jerusalem on Monday during a holiday in Israel commemorating its capture of East Jerusalem in a 1967 war.

“We are at the height of a weighty campaign,” Netanyahu said in televised remarks alongside his defence minister and military chief.

“Hamas and Islamic Jihad paid … and will pay a very heavy price for their belligerence … their blood is forfeit.”

Read the article by Nidal al-Mughrabi and Jeffrey Heller in The Age.