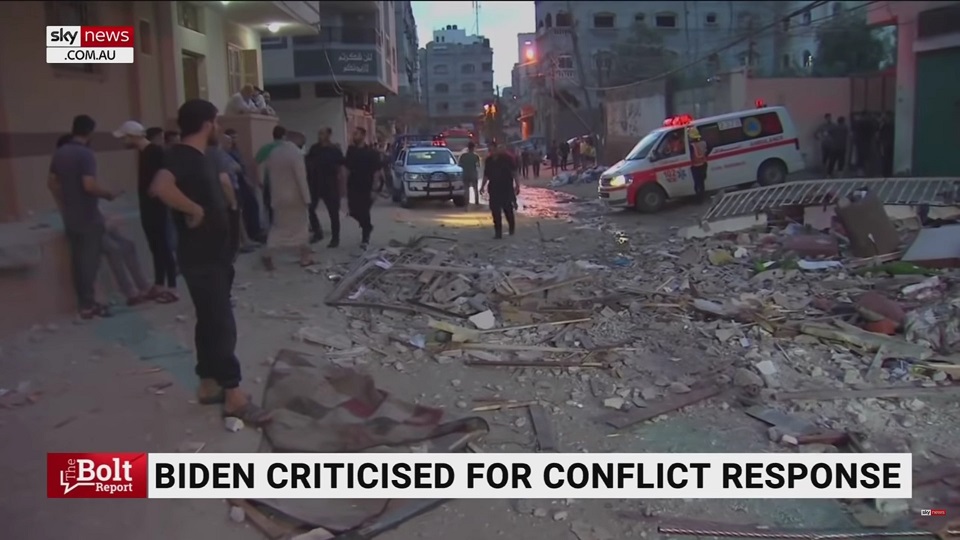 The Times columnist Melanie Phillips says has told Sky News “Jerusalem is not safe” as conflict flares up in the Middle East.

“Which is quite unprecedented,” she said.

“But what’s going on in Jerusalem and in other cities with mixed Jewish and Arab populations is that the Israeli-Arabs for the first time, are taking part in this war against Israel; war against the Jews.

“These are terrible scenes.”

Watch the interview with Melanie Phillips on Sky News.