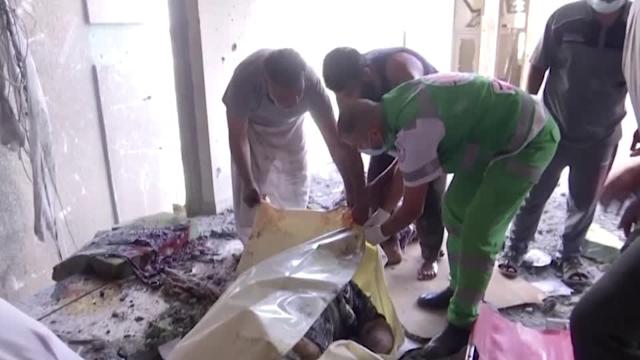 The Middle East is bracing for a “full-scale war” between Israel and Palestine after a disturbing rise in violence in recent days.

Overnight Palestinian militants Hamas fired a barrage of rockets at Israel’s economic hub Tel Aviv in retaliation for an Israeli strike that destroyed a tower block in Gaza, as the foes traded their heaviest fire for several years.

A map shared by the Israel Defence Forces showing red dots marking where emergency sirens have rung out in Israel over 30 minutes this morning.

Every red dot marks sirens in Israel over the last 30 minutes: Israel is under attack. pic.twitter.com/1CSOFn8NBi

Meanwhile, the United Nations’ humanitarian affairs office says Israeli forces have injured 1000 Palestinians in East Jerusalem between May 7 and May 10.

The agency said “735 of these (injuries were) due to rubber bullets”.

The sharp escalation, triggered by violence in Jerusalem, has killed at least 30 Palestinians in the blockaded Gaza Strip and three Israelis, and wounded hundreds more.

“This is just the beginning” of Israel’s strikes, Defence Minister Benny Gantz warned.

Hamas leader Ismail Haniyeh vowed that “if Israel wants to escalate, we are ready for it.”

The UN envoy for Middle East Peace, Tor Wennesland, warned that Israel and Hamas were heading towards “full scale war”.

Read the article in the Sunshine Coast Daily.