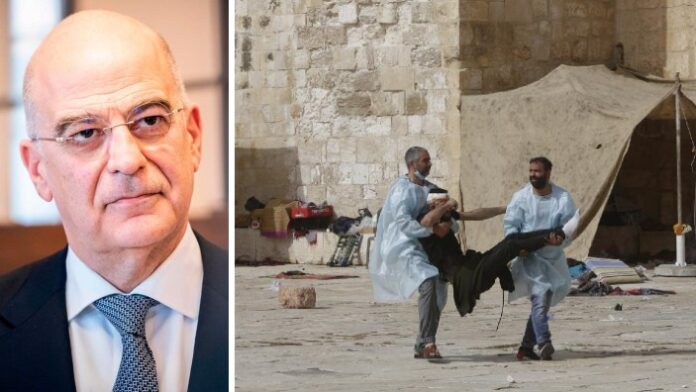 Hamas militants fired dozens of rockets into Israel on Monday, including a barrage that set off air raid sirens as far away as Jerusalem, after hundreds of Palestinians were hurt in clashes with Israeli police at a flashpoint religious site in the contested holy city.

The rocket fire drew heavy Israeli retaliation in the Gaza Strip. Health officials said at least 20 people, including nine children, were killed in fighting, making it one of the bloodiest days of battle between the bitter enemies in several years.

Prime Minister, Benjamin Netanyahu, accused Hamas of crossing a “red line” with the rocket attack on Jerusalem, some 100 kilometers (60 miles) north of Gaza, and promised a tough response.

“Whoever attacks us will pay a heavy price,” he said, warning that the fighting could ”continue for some time.”

More than 270 Palestinians were injured, including 205 who went to hospitals and clinics for treatment, according to the Palestinian Red Crescent. Five of the injured were in serious condition.

In an apparent attempt to avoid further confrontation, Israeli authorities changed the planned route of a march by ultra-nationalist Jews through the Muslim Quarter of the Old City to mark Jerusalem Day, which celebrates Israel’s capture of east Jerusalem.