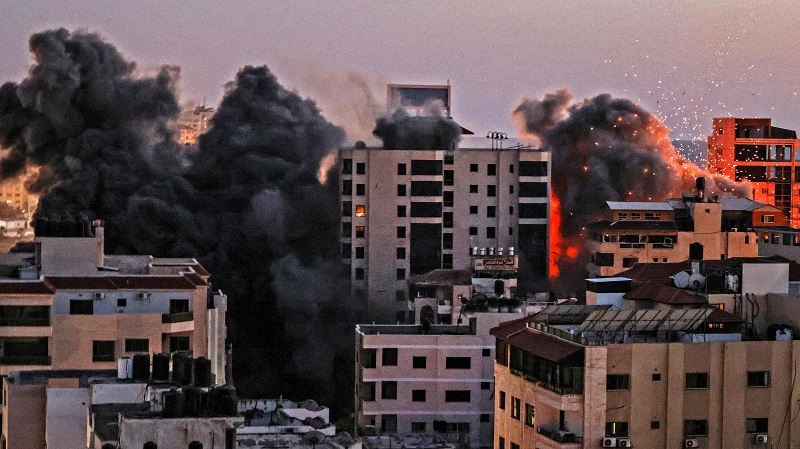 The UN’s warning that the worst Israeli- Palestinian violence for years is “escalating towards a full-scale war” underlines the gravity of the latest crisis in the Middle East. International pressure is needed to persuade both sides to see sense and pull back from the brink. But that argument is unlikely to succeed; it is likelier to result in another rerun of the familiar script played out previously in which the Iran-backed Hamas terrorists and their Islamic Jihad allies, who control Gaza, goad Israel into retaliation and then play the victim card in the court of world opinion.

On Monday and Tuesday the terrorists rained down hundreds of rockets and other missiles aimed at the Jewish state’s biggest cities, including Jerusalem and Tel Aviv. Most were efficiently neutered by the Iron Dome defence system. But there were five civilian deaths, many more injuries and widespread damage. Israel’s international airport was shut down. Israel, unsurprisingly, did what any self-respecting nation would be justified in doing when confronted by such an aerial onslaught. It launched retaliatory airstrikes against 500 terrorist hideouts and weapons dumps in Gaza, including a 12-storey Hamas building. Three of Islamic Jihad’s top commanders were killed, as well as at least 30 civilians including 10 children.

The mutual bombardments are an ominous sign of the extent to which tensions have exploded after a long period of relative quiet. They were preceded by days of rioting on Jerusalem’s streets coinciding with the Muslim observance of Ramadan. The riots were prompted by Palestinian complaints that Israeli authorities were preventing them from praying at the city’s Damascus Gate. Tensions were inflamed, too, by a controversy over a property in the Sheik Jarrah neighbourhood in which Israeli courts ruled in favour of Jewish owners against Palestinian leaseholders who claimed rights dating back to Jordan’s occupation of East Jerusalem after the 1948 Arab-Israeli war.