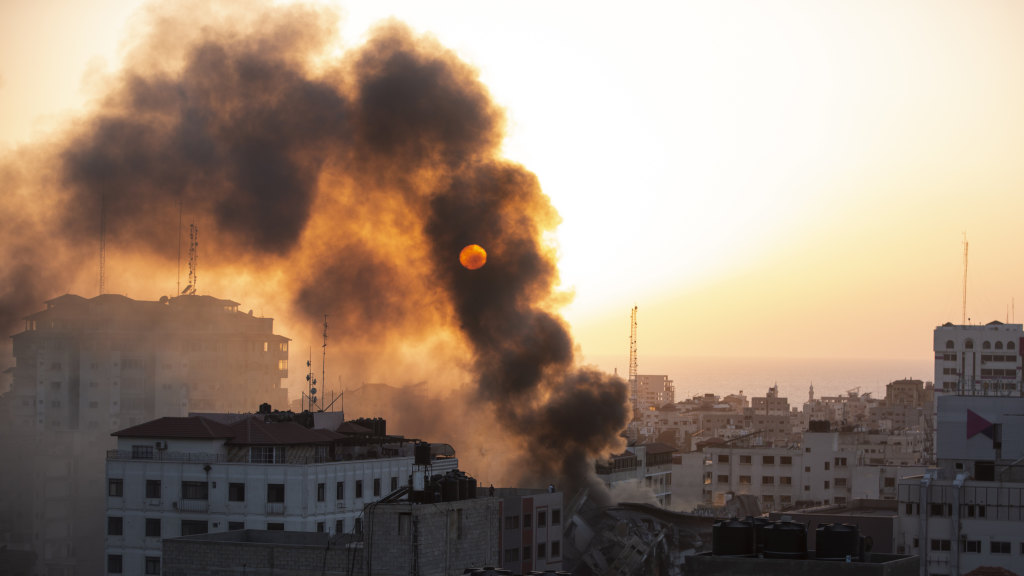 Jersualem: Israel diverted an incoming flight away from Ben Gurion Airport on Thursday and foreign carriers suspended services to the international gateway, amid a volley of rocket attacks from Palestinian militants.

El Al Israel Airlines flight 332 was turned away from the airport near Tel Aviv to land at Ramon Airport near Eilat, said aviation tracker Avi Scharf, an editor with Israel’s Haaretz newspaper said.

American Airlines, United Airlines and Delta Air Lines have suspended flights to Israel in light of the escalating violence.

The volleys were part of the rockets Hamas launched at Tel Aviv and toward Jerusalem. Israel vowed to keep pummelling the Islamist faction in Gaza despite a prediction by US President Joe Biden that their fiercest hostilities in years might end soon.

There was no immediate word of casualties from the pre-dawn salvo, which set off sirens as far as northern Nahalal, 100 km from Gaza, sending thousands of Israelis to shelters.

With world powers demanding de-escalation of a conflict beginning to recall the Gaza war of 2014, Washington planned to send an envoy, Hady Amr, for talks with Israel and Palestinians.

“My expectation and hope is this will be closing down sooner than later, but Israel has a right to defend itself,” Biden said on Wednesday after speaking to Netanyahu. Biden did not explain the reasons behind his optimism.

Read the article by Dan Williams in The Age.