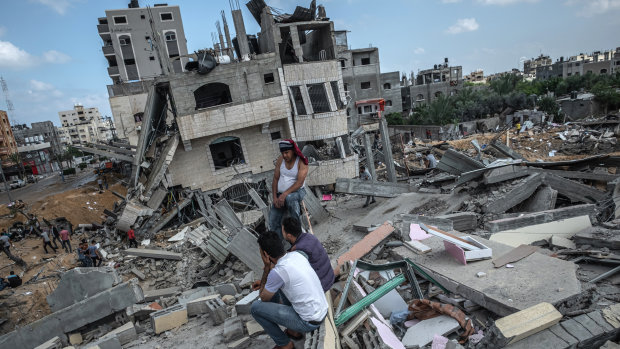 Jerusalem/Gaza | Israeli air and ground troops launched a blistering assault on the Hamas-run Gaza Strip, sweeping aside international appeals for de-escalation after four days of aerial bombardments failed to quell the heaviest militant rocket fire yet on Israel from the Palestinian enclave.

Israel’s Prime Minister, Benjamin Netanyahu, had warned that an extended campaign was in the offing. The decision to escalate early on Friday with heavy aircraft, tank and artillery fire came at a uniquely sensitive time, as Israel grappled with the worst outbreak in years of violence between Arabs and Jews inside its borders.

Trouble loomed on another front after three rockets launched from Lebanon crashed into the Mediterranean off Israel’s northern coast late on Wednesday, raising the spectre of a second battleground with Iran-backed Lebanese Hezbollah militants.

It was not immediately clear if Friday’s barrage was the prelude to a ground invasion against Hamas, the Islamist militant group that controls Gaza.

An Israeli military spokesman initially said “there are ground troops attacking in Gaza”, but later clarified that Israeli troops had not entered the enclave.

“I said that we will exact a very heavy price from Hamas,” Mr Netanyahu said on Facebook. “We are doing so and will continue to do so with great force. The last word hasn’t been said and this campaign will continue as long as necessary.”

Read the article by Amy Teibel and Yaacov Benmeleh in the Financial Review.