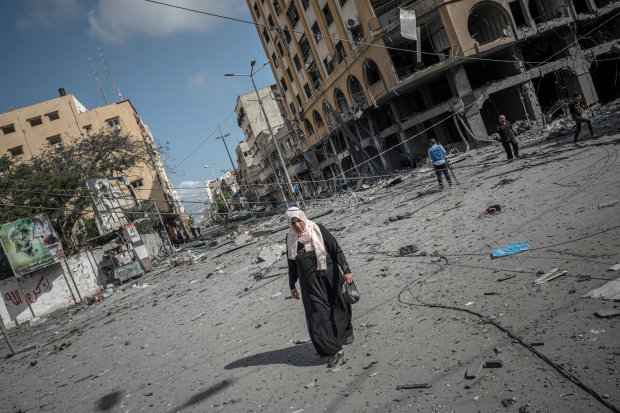 Israeli actions in Jerusalem will test its Arab partnerships

Jerusalem, the holy city sacred to the three Abrahamic and monotheist faiths of Judaism, Christianity and Islam, is threatening to ignite once more.

Israeli settlers and their extremist allies have been stoking tensions throughout the Muslim holy month of Ramadan, with a campaign of incitement inside occupied Arab East Jerusalem ahead of new evictions of Palestinian families. They have also been stirring trouble at religious sites such as al-Aqsa mosque.

Israel is risking its security. These far-right provocations provided the perfect excuse for Hamas, the Islamist politico-military group that controls the Gaza Strip, to fire hundreds of rockets into Israel, eliciting scores of air strikes in response – with the risk of a reignition of the Gaza wars of 2009, 2012 and 2014.

Al-Aqsa mosque is in a religious sanctuary in the heart of Jerusalem, known to Muslims as the Haram ash-Sharif, or Noble Sanctuary, and to Jews as Temple Mount. It also houses the Dome of the Rock, from which in Islamic tradition the Prophet Mohammed made a journey to heaven, and the Western Wall, sacred to Jews as the surviving structure from the Second Temple and its Holy of Holies, begun by Herod the Great and destroyed by the Romans in AD70.

Israel seized East Jerusalem from Jordan in the 1967 six-day war, annexing and gradually colonising its Arab quarters. But successive governments have usually preserved the religious status quo in the 15-hectare compound, treating it with the care due a ticking bomb. Jordan’s Hashemite royal family, by tradition and treaty, is the custodian of Muslim and Christian holy places in Jerusalem.

Read the article by David Gardner in the Financial Review.