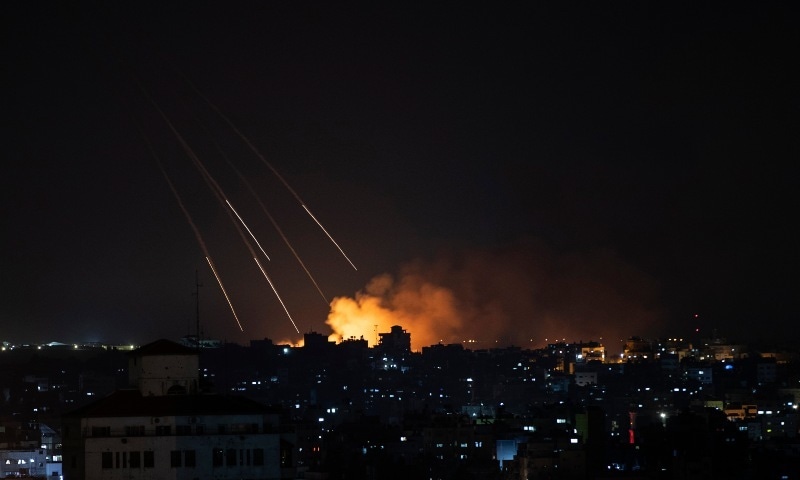 Jmedia Manager
Other Print
May 14, 2021 34
Israel bombarded Gaza with artillery and air strikes on Friday following a new barrage of rocket fire from the Hamas-run enclave, intensifying a conflict that has claimed more than 120 lives.

The most intense fighting between Israel and Palestinian militants in Gaza since 2014 has been accompanied by an unprecedented outbreak of mob violence between Jews and Arabs inside Israel.

The bombardment saw huge fireballs turn the night sky orange as explosions rocked the ground. Towers and homes were levelled, AFP correspondents reported, while rockets tore through the skies towards Israel.

Um Raed al-Baghdadi, one of scores of people who fled her home amid the shelling, told AFP that Gazans “who have been in war since childhood… cannot bear it anymore.”

The conflict has killed 119 Palestinians in Gaza, including 31 children, and wounded more than 830, Gaza’s health minister said.

China accused the United States of “ignoring the suffering” of Muslims, after Washington stopped the council from meeting on Friday.

There were few signs of the conflict abating. Since Monday, Palestinian militant groups have fired more than 1,800 rockets towards Israel, mostly towards southern cities, but also at Tel Aviv and Jerusalem.

Read the article in The Weekly Times (AFP).