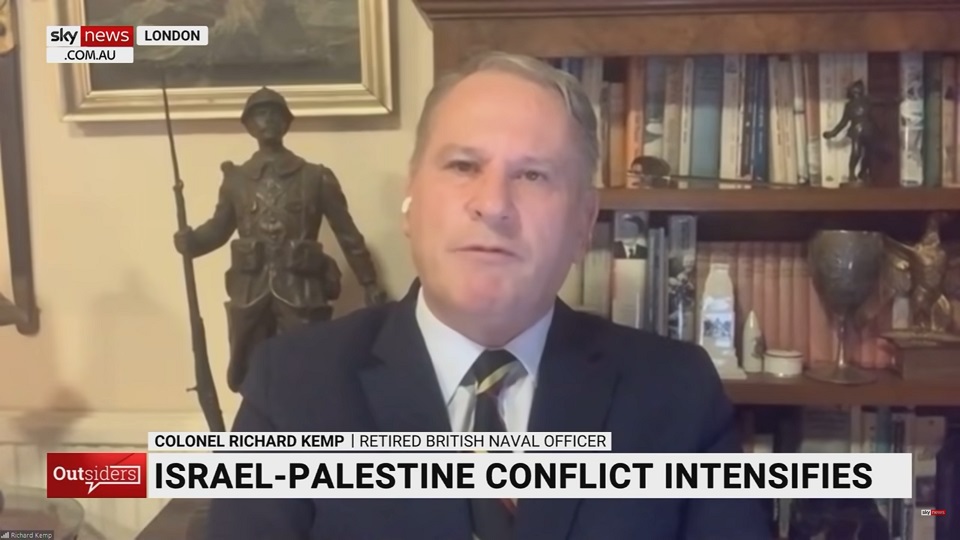 Retired British Army colonel Richard Kemp says in his entire military career he’s never known of such an “extraordinary” surprise attack triggered by “deception” like the Israelis conducted in Gaza by duping the world.

“What the Israelis did is that they massed tanks, artillery and infantry on the border with Gaza and gave every indication they were going in,” Mr Kemp told Sky News. “The tank engines were noisy with dust being kicked up, the world media picked that up and Hamas, of course, picked it up as well.

“It was then thought there was going to be an immediate invasion of Gaza, and, of course, hundreds of Hamas terrorists then went into this, what’s called a metro tunnel network, an underground tunnel network they’ve dug since 2014 which contains weapons, contains command and control facilities, and shelter for the terrorists.

“The IDF then attacked those tunnels with 160 aircraft which dropped … bunker-buster bombs and destroyed large parts of the tunnels.

“When some of the terrorists came out, they then got hit as well from their air. Mr Kemp said the “absolute body blow” to Hamas would probably be a turning point in the conflict.

“The reality right now, there’s some consideration being given to peace negotiations mediated by the Egyptians which could, I think, possibly produce some kind of result in the next day or so,” he said.