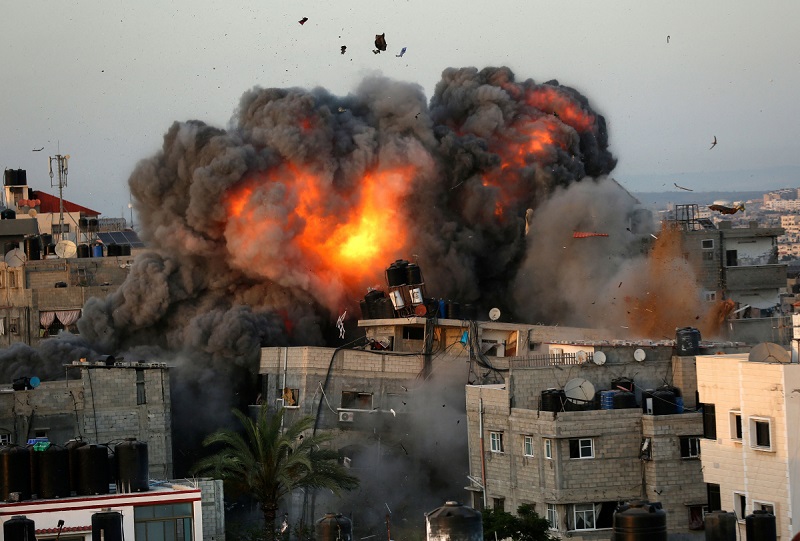 Israeli Prime Minister Benjamin Netanyahu has vowed to do “whatever it takes” to degrade Hamas’ ability to strike at Israel, and said it could take some time.

“I think any country has to defend itself. It has a natural right of self-defence,” Mr Netanyahu said in an interview with American political talk show Face the Nation on Sunday US time.

The prime minister’s comments come as the Israeli-Palestine conflict reached a grim milestone overnight, with 33 people killed in the deadliest attack since fighting broke out a week ago.

In New York, UN Secretary-General Antonio Guterres told the Security Council that hostilities in Israel and Gaza were “utterly appalling” and called for an immediate end to fighting.

He said the United Nations was “actively engaging all sides toward an immediate ceasefire” and urged them “to allow mediation efforts to intensify and succeed.”

Mr Netanyahu said Israel would do “whatever it takes to restore order and quiet and the security of our people and deterrence”.

“We’re trying to degrade Hamas’ terrorist abilities and to degrade their will to do this again.

“So it’ll take some time. I hope it won’t take long, but it’s not immediate,” he said.

So far, the death toll in Gaza has reached 192, including 58 children. Ten people have been killed in Israel, including two children.

Read the article and listen to this story at The New Daily.