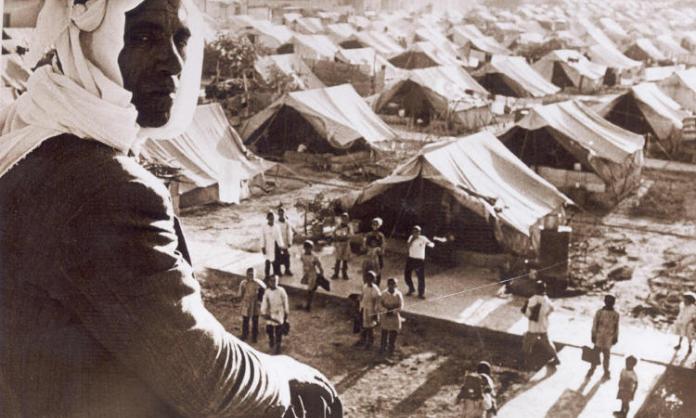 Al-Nakba (“the catastrophe”) refers to the destruction of Palestinian society that took place in 1948, when more than 500 villages were destroyed by Zionist militia and more than 1 million Palestinians were forcibly expelled from their homes—750,000 fleeing to neighbouring Arab states and the other 250,000 becoming internal refugees in the newly formed Israeli state.

Ever since, Israel has been an apartheid state that has used both military force and legally sanctioned discrimination to oppress the Palestinian people. Like other settler colonial states, Israel is primarily concerned with controlling territory and replacing the indigenous population with a settler population. As the late Australian theorist Patrick Wolfe noted, “settler colonialism destroys to replace”.

Zionism, the ideological foundation on which the Israeli state is built, emerged in the late 1800s in reaction to anti-Semitism and waves of anti-Jewish pogroms taking place in Europe. At the time, a section of the Jewish middle class concluded that anti-Semitism was an eternal and inescapable phenomenon as long as Jews lived among non-Jews. They believed that the only way to avoid it was to establish an independent state for the Jewish people. While the Zionist movement eventually settled on Palestine as the location for the new Jewish state, its leaders also considered a range of other countries, including Argentina, Turkey, Kenya, Angola and Uganda.