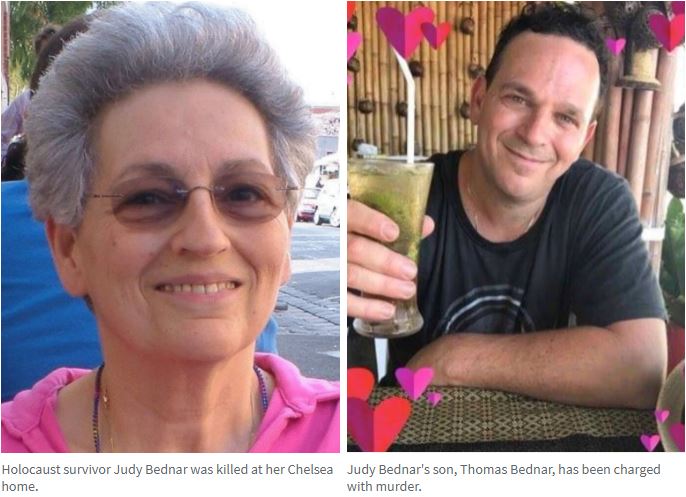 A man in a hazmat suit was recorded on security cameras at the Chelsea home of Judy Bednar before her body was found.

An elderly woman murdered in her own home had feared for her life and begged police for protection from her mentally ill son.

Judy Bednar, 78, was terrified of son Thomas “Tommy” Bednar and went to police in the months before her death in a desperate bid to keep safe.

But on Monday night Victoria Police charged Mr Bednar, 53, with his mother’s gruesome murder in Chelsea on ­Saturday.

A charge sheet alleged he murdered Ms Bednar some time between May 12 and 15.

A family friend said they wanted answers from police.

“I feel that Victoria Police haven’t fulfilled their task in protecting the vulnerable,” the friend said. “We’re devastated and we want more answers.”

Mr Bednar has schizophrenia and is believed to have previously attempted to break into his mother’s home.

It comes as footage of a man dressed in a white hazmat suit entering Ms Bednar’s Drinan Road home shortly before she was murdered was seized by homicide squad detectives.

Mr Bednar refused to come up from his cell when his case was called in Melbourne Magistrates’ Court on Monday night.

Read the article by Olivia Jenkins, Aneeka Simonis and Rebekah Cavanagh in the Herald Sun and the Mercury.