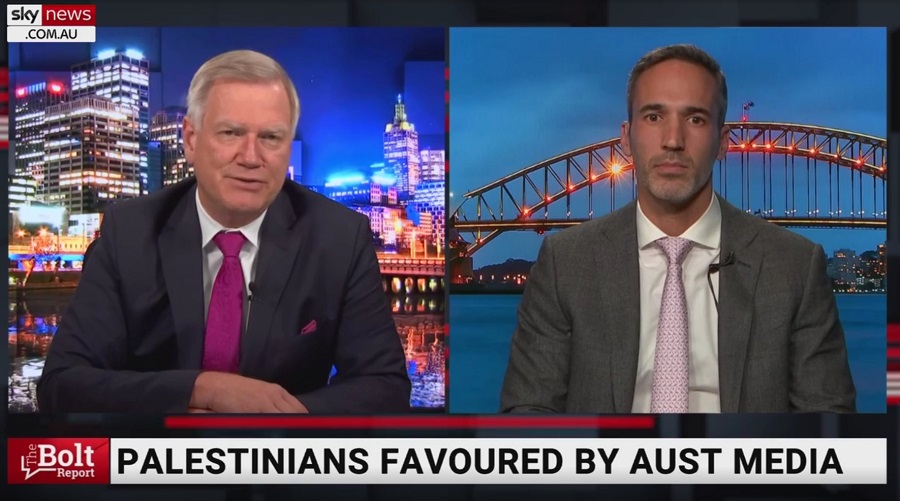 ‘You can’t trust’ mainstream media to report fairly on this ‘war against Israel’: Bolt

Sky News host Andrew Bolt says “you cannot trust” the mainstream media to report fairly on “this war against Israel”.

“Not when you have the ABC, the national broadcaster, claiming that the Islamic terrorists who have fired more than 3000 missiles now at Israel from Gaza, were just retaliating against Israel’s bombing of Gaza, when the truth is exactly the other way around,” Mr Bolt said.

“Israel starting bombing Gaza to stop the rocket attacks which had already started,” he said. “It was retaliating”.

Mr Bolt spoke to the Co-CEO of the Executive Council of Australian Jewry Alex Ryvchin about various aspects of the conflict and its reporting in the media.

Watch the report from the Bolt Report on Sky News.