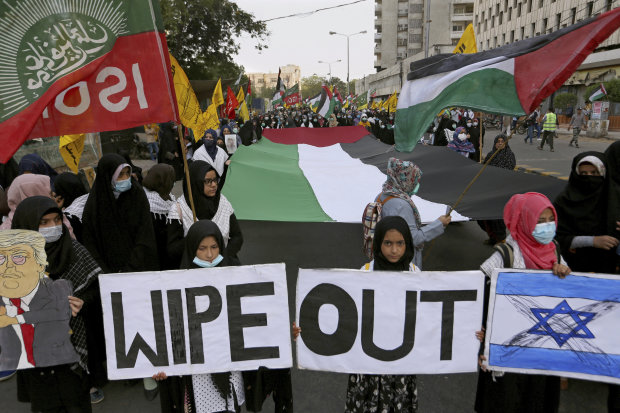 Singapore/Jakarta | Indonesia, Malaysia and Brunei have come out swinging against Israel and its “inhumane, colonial and apartheid policies” as Muslim-majority nations unite against what they regard as an occupying power in the Palestinian territories.

As Israeli thanked countries including Australia and the United States for “resolutely standing with Israel and supporting our right to self-defence against terrorist attacks”, those supporting the other side were also making their views known.

In a statement issued on Sunday afternoon, the leaders of Indonesia, Malaysia and Brunei called on all parties in the escalating conflict to accept a temporary international presence and urged the United Nations to call an emergency session to protect Palestinians.

The statement from Indonesia President Joko Widodo, Malaysia’s Prime Minister Sri Muhyiddin Yassin and the Sultan of Brunei was backed up by their foreign ministers, who took part in an emergency meeting of the Organisation of Islamic Cooperation (OIC). The OIC, which also held talks with members of the United Nations Sceurity Council, describes itself as the “collective voice of the Muslim world”.

After the meeting, Indonesia’s Foreign Minister Retno Marsudi said via Twitter: “We must act together now. Justice must prevail for the Palestinian people.”

The OIC’s meeting, convened by Saudi Arabia, called out “the extensive barbaric military attack on the besieged Gaza strip”. It also claimed Israel had purposefully stepped up attacks during the Muslim holy month of Ramadan which ended last week.

Read the article by Emma Connors in the Financial Review.