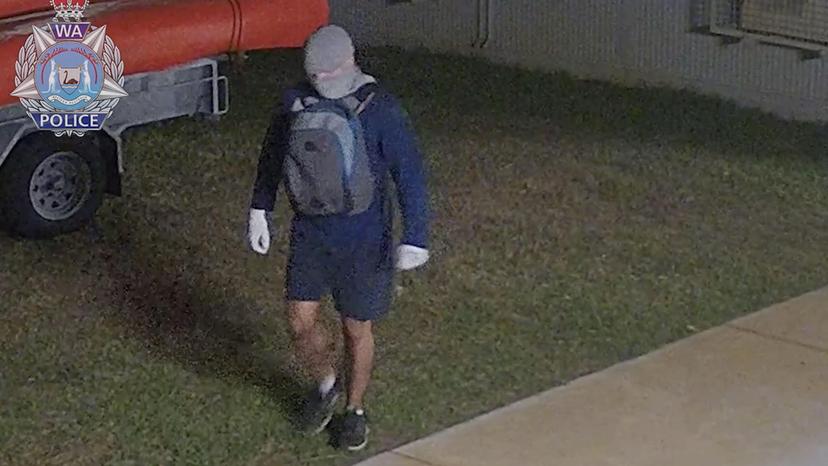 Ariana Grande has secretly married beau Dalton Gomez. The 27-year-old singer is said to have tied the knot with Gomez, 25, over the weekend near her home in Montecito, California. 'They got married,' a rep for the singer confirmed to PEOPLE. 'It was tiny and intimate - less than 20 people. The room was so happy and full of love. The couple and both families couldn't be happier.' Despite the scaled-down celebrations, Ariana and Dalton - a real estate agent - are said to have exchanged the traditional 'I dos,' TMZ also reports.

WA Police have slammed anti-Semitic posters found plastered across Perth’s northern suburbs, vowing to crack down on racism relating to the escalated violence in the Middle East.

Police released CCTV footage of a wanted man yesterday after racist posters — depicting imagery hostile towards Jewish people — were found in the Sorrento, Marmion and Watermans Bay areas over the weekend.

Deputy Commissioner Col Blanch this morning said officers were working to get to the bottom of the incidents and “stamp out” racism in the community.

“We know that the public are out there seeing anything that looks out of the ordinary will call up and we can put an end to this as quickly as we can.”

When asked whether anti-Semitism was a growing issue in WA, Mr Blanch alluded to the incident being potentially related to the escalated violence between Israel and Palestine.

“There’s obviously some international heightened tensions at the moment as we all know,” he said.

“But certainly this is WA, this is a community that we all want to live in we respect diversity we just want to get about our lives. We won’t tolerate it, we’ll stamp it out.”

Read the article in The West Australian.