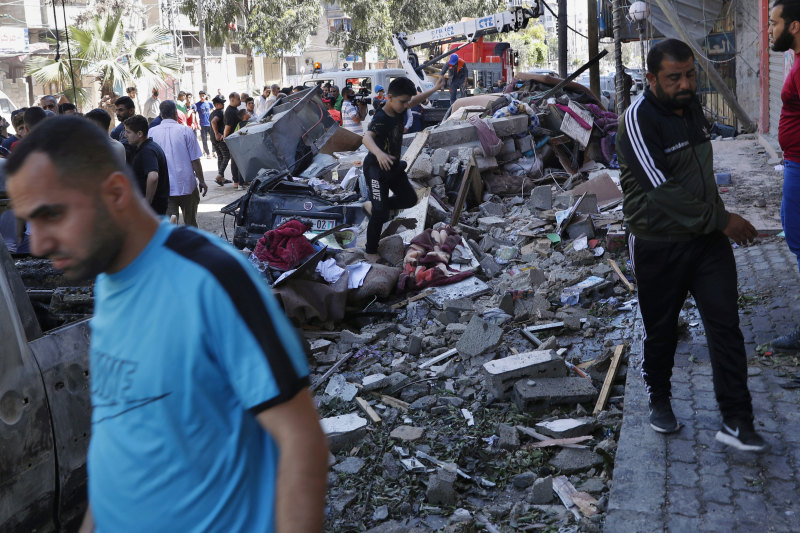 US President Joe Biden has greatly increased pressure on Israel to end the war with the Palestinians that has killed more than 200 people, telling Prime Minister Benjamin Netanyahu in a telephone call that he expected “significant de-escalation” by day’s end.

In response, Netanyahu vowed to press ahead with a fierce military offensive in the Gaza Strip, the first public rift between the two close allies since the fighting began last week.

According to a White House description of the leaders’ conversation, Biden asked Netanyahu to move “toward the path to a ceasefire” in the phone call on Wednesday (Thursday AEST).

Biden’s call came as political and international pressure mounts on him to intervene more forcefully to push an end to the hostilities.

Biden, until Wednesday, had avoided pressing Israel more directly and publicly for a ceasefire, or conveyed that level of urgency for ending Israeli air strikes targeting Hamas in the thickly populated Gaza Strip.

Israel continued to pound targets in Gaza with air strikes on Wednesday, while Palestinian militants bombarded Israel with rocket fire throughout the day. In another sign of potential escalation, militants in Lebanon fired a barrage of rockets into northern Israel.

After a visit to military headquarters, and shortly after he had spoken to Biden, Netanyahu said he “greatly appreciates the support of the American President,” but said Israel will push ahead “to return the calm and security to you, citizens of Israel”.

He said he was “determined to continue this operation until its aim is met”.

Read the article by Ellen Knickmeyer, Fares Akram and Joseph Krauss in The Age.