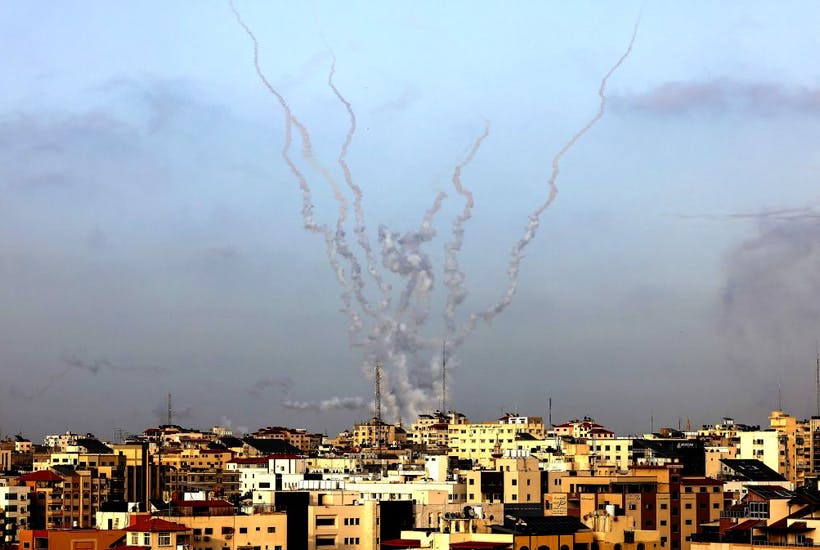 Hamas, not Israel, is to blame for the latest bloodshed

I was born in the Jordanian-occupied Old City in Jerusalem and lived in a UN refugee camp from 1966 until 1999. During the First Intifada, I worked for B’Tselem, the Israeli Information Centre for Human Rights in the Occupied Territories, and in 1996 I founded the Jerusalem-based Palestinian Human Rights Monitoring group. With my background in Palestinian campaigning and as a resident of East Jerusalem today, you might assume that I am against Israel’s current military actions. But this could not be further from the truth. The blame for this month’s bloodshed lies solely at the feet of Hamas.

Those who wish to divert attention from Hamas’s war crimes would like to blame the latest conflict on a complicated legal dispute in the Sheikh Jarrah neighbourhood. But this was a private matter between Jews who have a property deed from the 1800s and the residents of four homes who have refused to pay rent. This cannot be framed as ‘ethnic cleansing’. It is little more than a landlord-tenant squabble. It should have been a matter for the local courts, but instead this small-time event wound up in an appeal at the supreme court, and hit the press. Hamas quickly saw an opportunity.

Prime Minister Mahmoud Abbas, the leader of the Fatah party, is at his weakest point in many years. He had just cancelled parliamentary elections because he knew he would lose. Hamas saw Sheikh Jarrah as an opportunity to show Palestinians in Jerusalem and elsewhere that they could ‘do something’ while Fatah could not. They spread lies and propaganda on social media, deliberately inciting violence among Palestinians in East Jerusalem. Hamas then ‘responded’ to the riots by firing rockets indiscriminately towards Tel Aviv and Jerusalem, guaranteeing an Israeli military response.

Read the article by Bassem Eid in The Spectator.