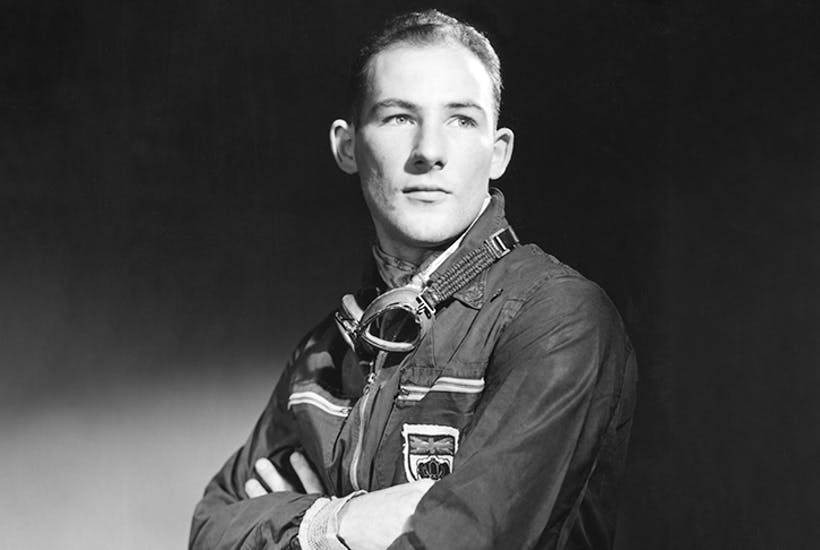 ‘Who do you think you are — Stirling Moss?’ a genially menacing traffic cop would ask a hapless motorway transgressor. At the peak of his popularity as the most successful English motor-racing driver, Moss personified the glamorous daredevilry of racing at top speed.

Richard Williams, the author of this sympathetic, exhaustive anatomy of an international sporting hero, part-time playboy (‘chasing crumpet’) and ultimate family man, is a veteran sportswriter for national broadsheets. He has also written critically acclaimed books, including one with the wonderfully comprehensive title A Race with Love and Death. This new portrait of Moss is based on close acquaintance with all sorts of people involved in motor racing, and on research enriched by access to Moss’s diaries, notebooks and scrapbooks.

Moss was born in London in 1929. ‘It was thanks to a grandfather’s decision in the 19th century,’ says Williams, ‘that his branch of the Moses family of Ashkenazi Jews, transplanted from Germany to London, became known as Moss.’ Moss’s Scottish mother named him Stirling in commemoration of William Wallace’s victory against England at the Battle of Stirling in 1297.

His improved name did not protect Moss from anti-Semitism when he was a pupil at Haileybury College. As a three-quarter, he sprinted up the wing of the rugby field, and his more bigoted schoolmates would shout ‘Catch the Yid!’ Ostracism, no matter how adolescently jocular, must have been acutely distressing. In spite of Moss’s intelligence and ambition — or perhaps because of them — he was evidently put off public-school education. He failed his exams and dropped out of Haileybury at the age of 16. His father, a dentist and founder of a prosperous chain of dental surgeries, was disappointed that his son was obviously unfit to follow suit, yet generously encouraged his passion for cars. Stirling was only 17 when he first raced, in a minor contest, and attracted enough attention to be nicknamed ‘The Boy’.

Read the article by Patrick Skene Catling in The Spectator.