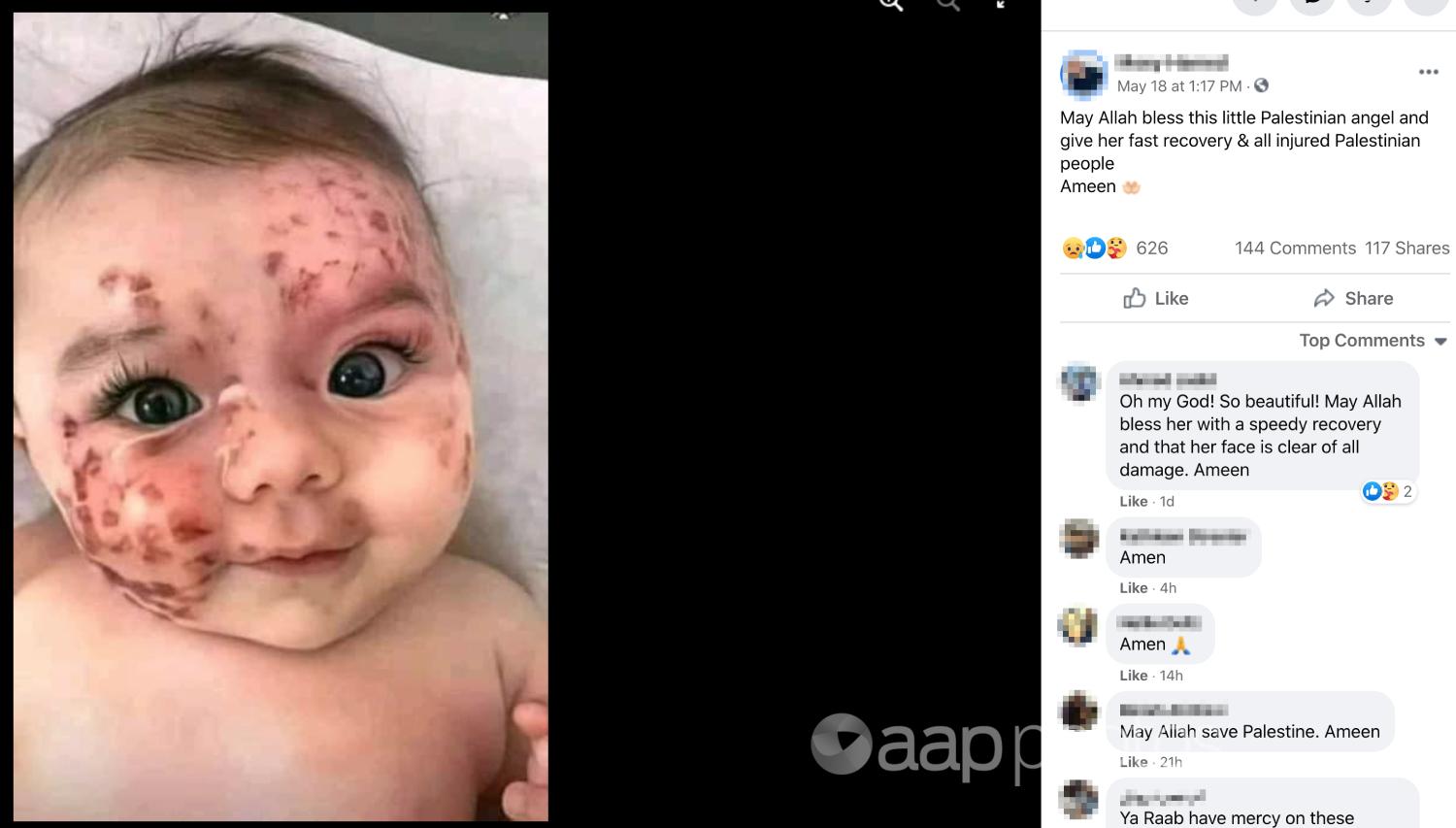 ‘Wounded’ infant photo has nothing to do with Palestine conflict

An eye-catching photo of a baby with red marks across its face has been linked to the conflict in Gaza.

The image, shared by a Facebook user to the group “Muslim post Australia”, shows a close-up of the infant and facial markings that resemble burns or scabs.

“May Allah bless this little Palestinian angel and give her fast recovery & all injured Palestinian people,” the post’s caption reads.

At the time of writing, the May 18 post had been shared more than 110 times and generated more than 750 reactions and comments. The image was also shared on Twitter, with one user claiming it showed a baby “attacked by Israel using white phosphorus bombs”. The tweet had generated more than 600 retweets and likes.

The photo does not show a victim of the conflict in Gaza – nor is the baby a Palestinian child. The infant is an American girl with a rare condition that leads to pronounced birthmarks.

Hundreds of people have been killed since fighting erupted in Israel and Palestinian territories on May 10, with the majority of the casualties occurring among Palestinians in Gaza. Many of the injured and dead include children, with images of the casualties shared around the world.

In a May 18 statement, UNICEF called for immediate humanitarian access to the territory after the deaths of at least 60 children and the wounding of 444 more in Gaza. Israel has denied widespread claims made on social media that it was using white phosphorus weapons, considered illegal if deployed against civilians.

However, the baby pictured in the social media posts was not a Palestinian baby injured by Israeli forces. She is actually Bianca Latino from Rockford, Illinois, whose facial markings are a symptom of the rare disorder Sturge-Weber syndrome, which caused port wine stains on her face and back.

Read the article from AAP.