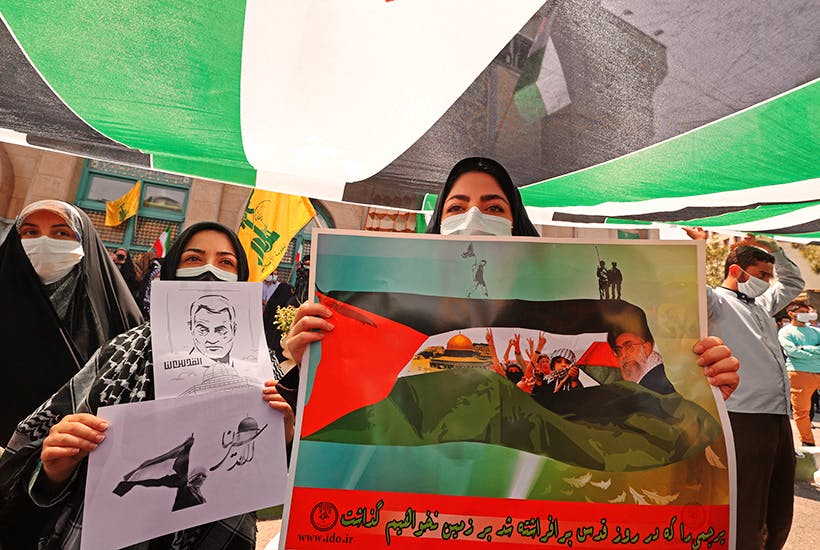 Iran has provided rockets and technology enabling Hamas and Palestinian Islamic Jihad (PIJ) to bombard Israeli cities, in keeping with the Islamic Republic’s genocidal intentions towards Israel and goal to destroy the Abraham Accords. According to a senior Iranian commander, placing Israel ‘under siege’ could also extract ‘concessions from America’, presumably while current intense negotiations in Vienna aim to revitalise the Iran nuclear deal cancelled by President Trump.

Having pledged to ‘stand up against human rights violations wherever they occur’, the talks between Iran and major world powers provide the Biden administration with an opportunity to leverage the regime’s flagrant human rights abuses, such as the high number of executions in the country, and sponsorship of most of the world’s terrorism.

Apart from the Sunni terrorist organisations, Hamas and PIJ, Iran runs proxy Middle East Shia militias, including the Popular Mobilization Forces in Iraq, the Houthis in Yemen, and Hezbollah, with global reach, particularly in South America, Europe, and Africa. Coordinated by the Quds Force, the extraterritorial arm of Iraq’s Islamic Revolutionary Guard Corps, Iran’s adventurism has destabilised Iraq, Lebanon, Syria and Yemen with untold loss of life and displacement.

These human rights abuses have not spurred the Biden administration to recalibrate their relationship with Iran — a policy reserved for Saudi Arabia.

Read the article by Ida Lichter in The Spectator.