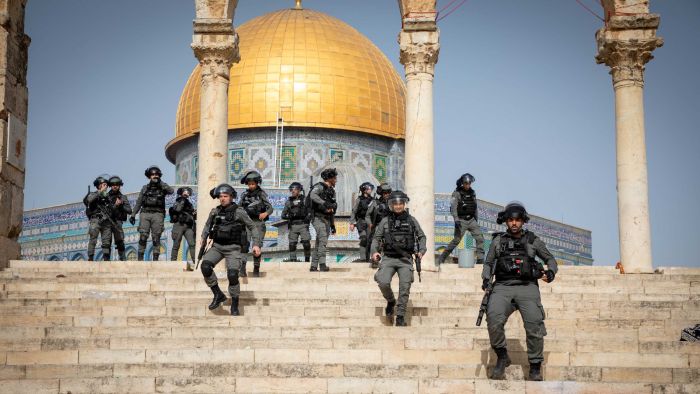 What are the conditions of co-existence in Israel-Palestine?

Israel-Palestine has plunged, yet again, into a spiral of escalating, retaliatory, terror-inducing violence — the worst such violence the land has seen since the Gaza conflict in 2014. Rockets are raining down across barriers and border walls onto Gaza, Jerusalem and Tel Aviv as Israel and Hamas exchange fire; but there as also been a deeply disturbing eruption of inter-communal violence between Jewish Israelis and Arab Israelis on the streets of ethnically “mixed” cities like Lod, Ramle and Haifa. The crushing irony, of course, is that earlier this month, Israel was on the verge of forming the nation’s first joint Jewish-Arab government — a hopeful prospect that now seems like far distant memory.

Both sides of this bitter conflict assign blame and offer justifications for their actions. And these claims and justifications are irreconcilable — but then, so is pretty much every claim about who “belongs” in this contested piece of land between the Jordan River and the Mediterranean Sea. That is one of the aspects of this conflict that is so morally (to say nothing of politically) complex: a date, like 1948, that is seen by one people as marking perhaps the greatest moment in the history of Judaism (after, perhaps, the giving of the Torah) is, for another people, the moment of devastation, of destitution, of irretrievable loss; an action that is seen by one people as a proportionate and necessary form of self-defence or national security is seen by another as an unwarranted provocation, yet one more humiliation of an oppressed people by an unchecked and oppressive power.

Listen to the episode of The Minefield with Waleed Aly, Scott Stephens.